Embarking on his 2016 World Tour in April, pianist Yiruma visited New York and Los Angeles before performing across Asia and Australia. In September, he returned to the US to finish his tour with final performances in Cupertino and Washington D.C.

Welcoming the audience, Yiruma made a quip about having to keep talking, so attendees had time to shuffle into the venue and find their seats. His playful remarks had the audience laughing, but once he sat down on the piano bench, a hush immediately descended over the crowd. Fingers nimbly sweeping across the keys, Yiruma opens the concert with combination pieces of “May Be + Love” and “Love Me + Fairy Tale.” His music is well-known for its soothing and repetitive melodies that naturally enchant listeners and whisk them away to another world.

Though he played many of his own composed pieces, he also allowed one lucky fan to come up on stage to play an improvised piece together. Yiruma invited a young woman to join him and while she played a few notes repeatedly, he slowly built off her melody and created a grander, deeper song. It was a delight to observe Yiruma’s creativity at work and his process of developing a song. Despite the crowd’s applause, he frankly responded, “Well, this is what I do for a living,” earning the audience’s laughter. 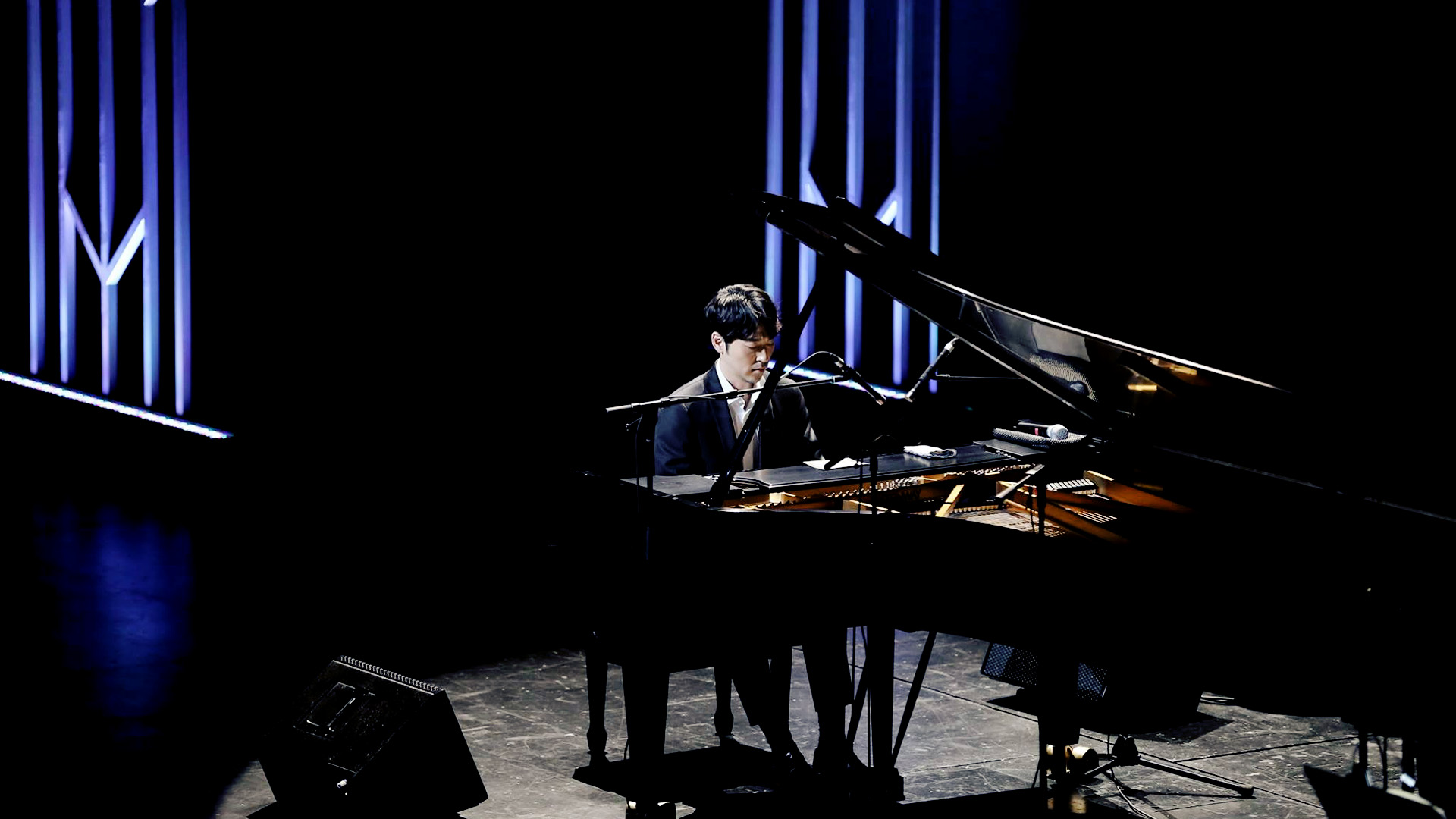 His concert not only exhibited his skill to emote through his music, but also demonstrated his charm and wit. Most piano performances feature very little talking, but he spoke between every two songs to provide an introduction, explaining the inspiration for each song, allowing listeners a peek into his personal life, as well as cracking a few jokes here and there. One of the songs he performed “Loanna” was written while serving his mandatory military service and missing his family for his daughter’s future wedding… even though she’s only eight years old now. The jubilant, plucky melody gives listener a sense of how much he adores his daughter and how he envisions her bright, happy future.

Additionally, Yiruma invited cellist Young-Min Kim to perform alongside him for select pieces. He began participating more in Yiruma’s recent performances as well as helping produce his albums and featuring in them. Together the two created more complex harmonies with a wider range of sounds. The performance of “Passing By” best exemplifies the beautiful euphony of piano and cello, as Yiruma and Young-Min Kim intertwine the instruments’ sounds seamlessly. Written in honor of Yiruma’s late father-in-law, the song features the sorrowful wailing sounds of the cello and gentle, fluttering notes of the piano which evoked a contemplative and melancholic feeling. 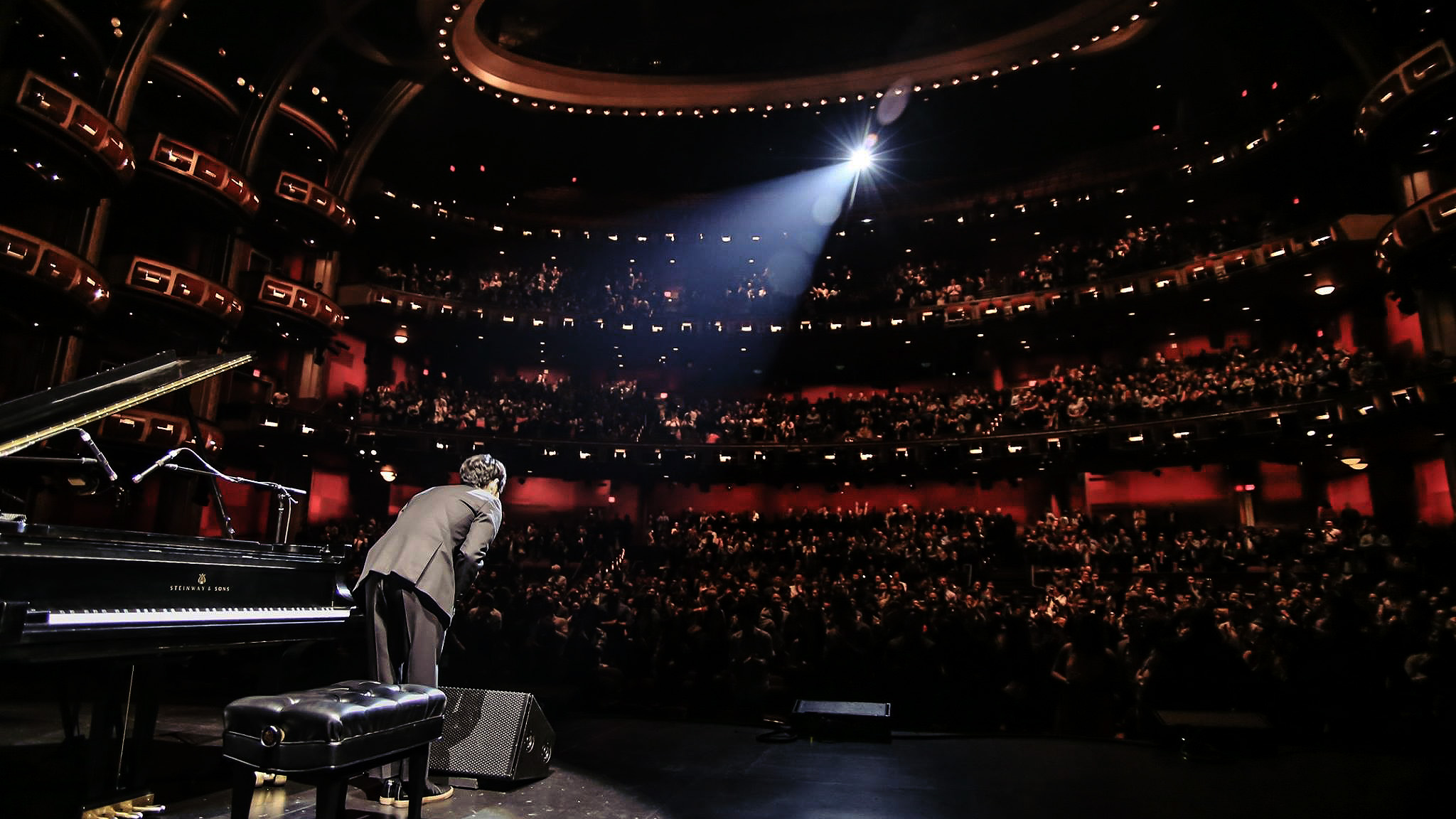 Before playing his most popular songs, Yiruma simply said, “I’m now going to play what you came to hear.” As he performed the pieces “Kiss the Rain” and “River Flows in You,” a disco ball reflected bright lights like shining stars into the audience, causing the audience to gasp in awe. Unlike a typical piano concert, attendees eagerly cheered as he began playing before realizing they had to hush their excitement in order to enjoy the music.

As he mentioned at the beginning of the concert, Yiruma wanted his music to help people revisit their memories and feel those emotions again and with that, he closed his show with “Reminiscent.” Taking this musical journey with Yiruma down memory lane was a reminder of the wonderful whirlwind of emotions life can be.