Entering the elegant and immaculate Hyatt Regency San Francisco Airport, I’m a little anxious and can’t help but wonder exactly how explicit YaoiCon, an 18+ convention, can be. If I were to sum YaoiCon up in one photo, it would basically be the above. Essentially, it’s a three-day event celebrating all that is yaoi and attractive men, often wearing little to no clothing.

At the guest of honor panel, yaoi manga artist Takanaga Hinako recounts two tales about rushing to turn in her manuscripts by their deadlines. One involves discreetly trying to draw sex scenes on a train heading to the publishing company, which had her and her assistants puking after the train ride and the other about her trying to bike to a train station to deliver her manuscript, only to get hit by a car. When she called the publishing company to explain the manuscript delay, her editor thought she was making excuses and didn’t believe that she was actually getting transported to the hospital in an ambulance.

What I learn from Takanaga-sensei’s stories is that yaoi is serious business. Plus, there seems to be a high demand for it, which explains the large crowd of attendees, some who come from as far as Europe, listening intently to her tales. And so, here she is back at YaoiCon for the third time, excited to interact with her fans and enjoy the convention, while I’m here at YaoiCon for the first time to experience as much of the event as I can in three hours. 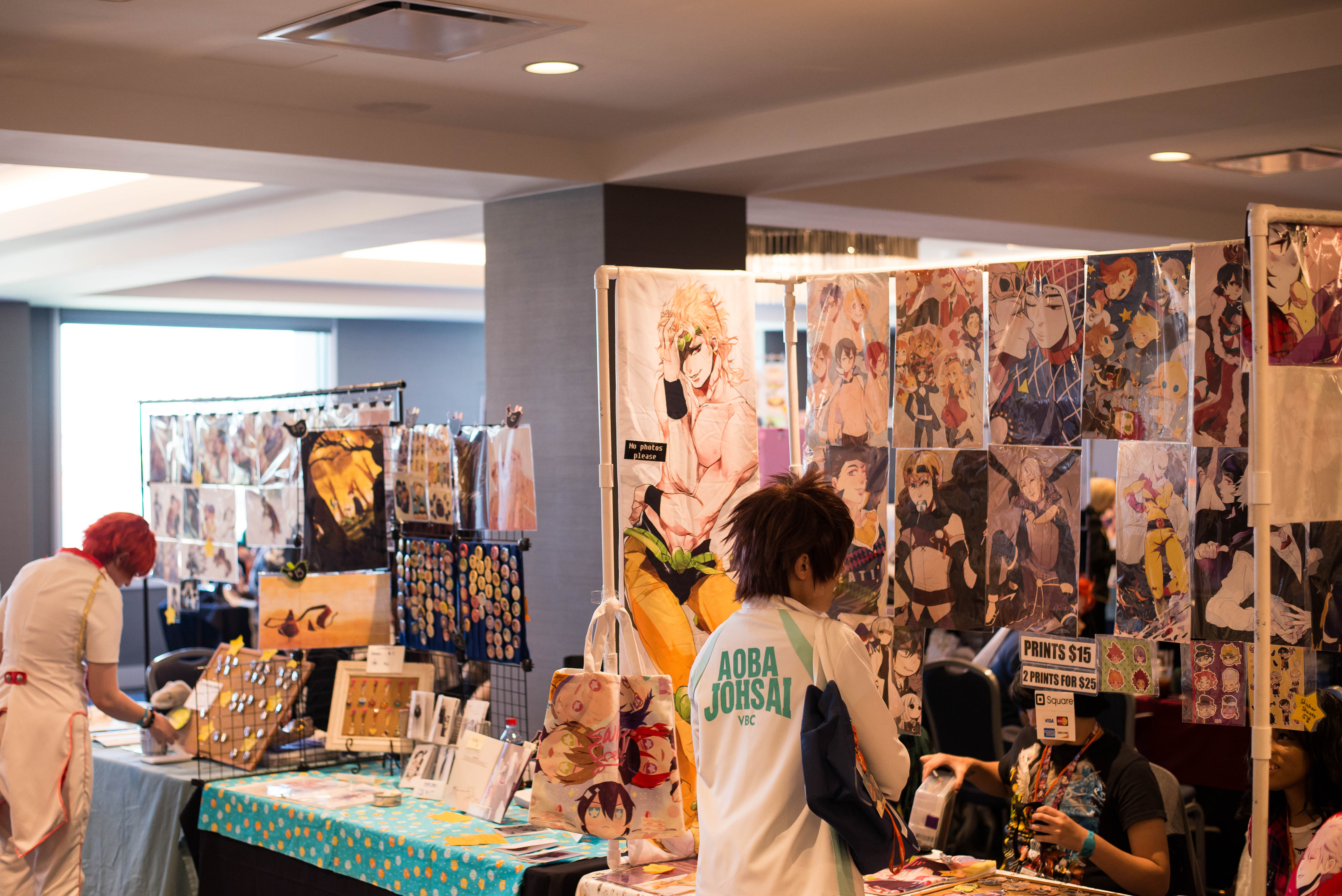 My personal highlight of YaoiCon is the Artist Alley, where I spent most of my time chatting with artists. The convention is very much so fan-centric and this area is where artistic fans bring their creativity to life in the most interesting of ways, though possibly shocking at first for those unfamiliar with yaoi. I was warned beforehand, but the actual visual onslaught of color and illustrated penises temporarily stuns me. Quickly recovering from my shock, I walk around the room and come across some memorable creations, ranging from mouse pads of men with bulging squishy pecs and penis keychains (unsurprisingly, the censored pixelated one wasn’t as popular as the others) to sensual body pillows that seem to be made for keeping you up at night instead of helping you sleep. 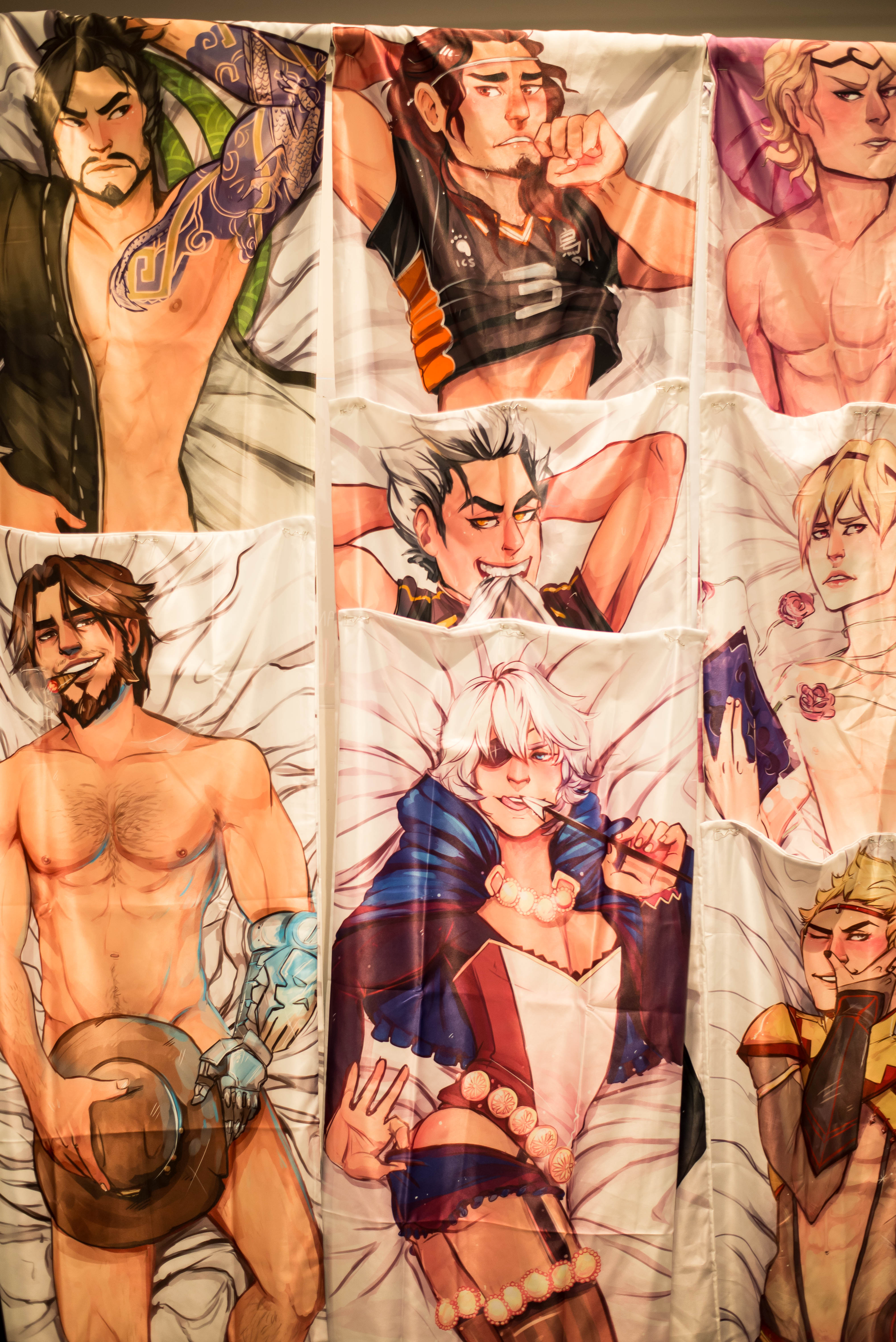 A pleasant surprise for me is to find out that Aniplex brought BL film “Doukyuusei” for screening at the convention. Earlier this year, I wrote a review on the gorgeously animated film, an innocent love story on the budding relationship between two high school boys, which is worth a watch.

Since I’m not able to stay for the entire convention, the Bishounen of YaoiCon kindly offer their help to fill me in on what makes YaoiCon unique (…and 18+). For starters, the Bishounen of YaoiCon are the ambassadors of the event and they entertain attendees through various activities such as Strip Bingo and Spanking Inferno Raffle.The so-called highlight of the convention occurs on the second day: the Bishounen Auction. It’s hard to say exactly what goes on at the event, but from the brief demonstration I receive from the Bishounen, I think it’s safe to assume things get quite raunchy. Perhaps I’ll have to come back for YaoiCon 2017 to find out what really goes down at the Bishounen Auction.