Stepping into The Warfield, the venue had a very different feel than usual. There was a palpable sense of grandeur as the stage featured an additional platform and six staircases. Behind the stage was a large screen that continually flickered between the words “Perfume 6th Tour 2016: Cosmic Explorer” and instructions restricting unauthorized photos, filming and use of wifi devices, coupled with a pre-show announcement. It felt like one of those special presentation shows at Disneyland rather than a typical concert and it indeed was anything but ordinary.

This show marks Perfume’s first concert in San Francisco and the group pulled out all the stops, possibly bringing the highest quality production musical experience from Asia to the US. Oftentimes when Asian artists bring their productions to the US, they scale down for budget and convenience, but Perfume did not skimp. The show kicks off with the girls appearing on stage in futuristic metallic-colored dresses with LED lights that flash in different colors, marching to “Cosmic Explorer.” Pyrotechnics and confetti are a thing of the past for Perfume; instead, they bring out lasers beaming into the audience and drones flying in sync to the their choreography, all in their opening song. 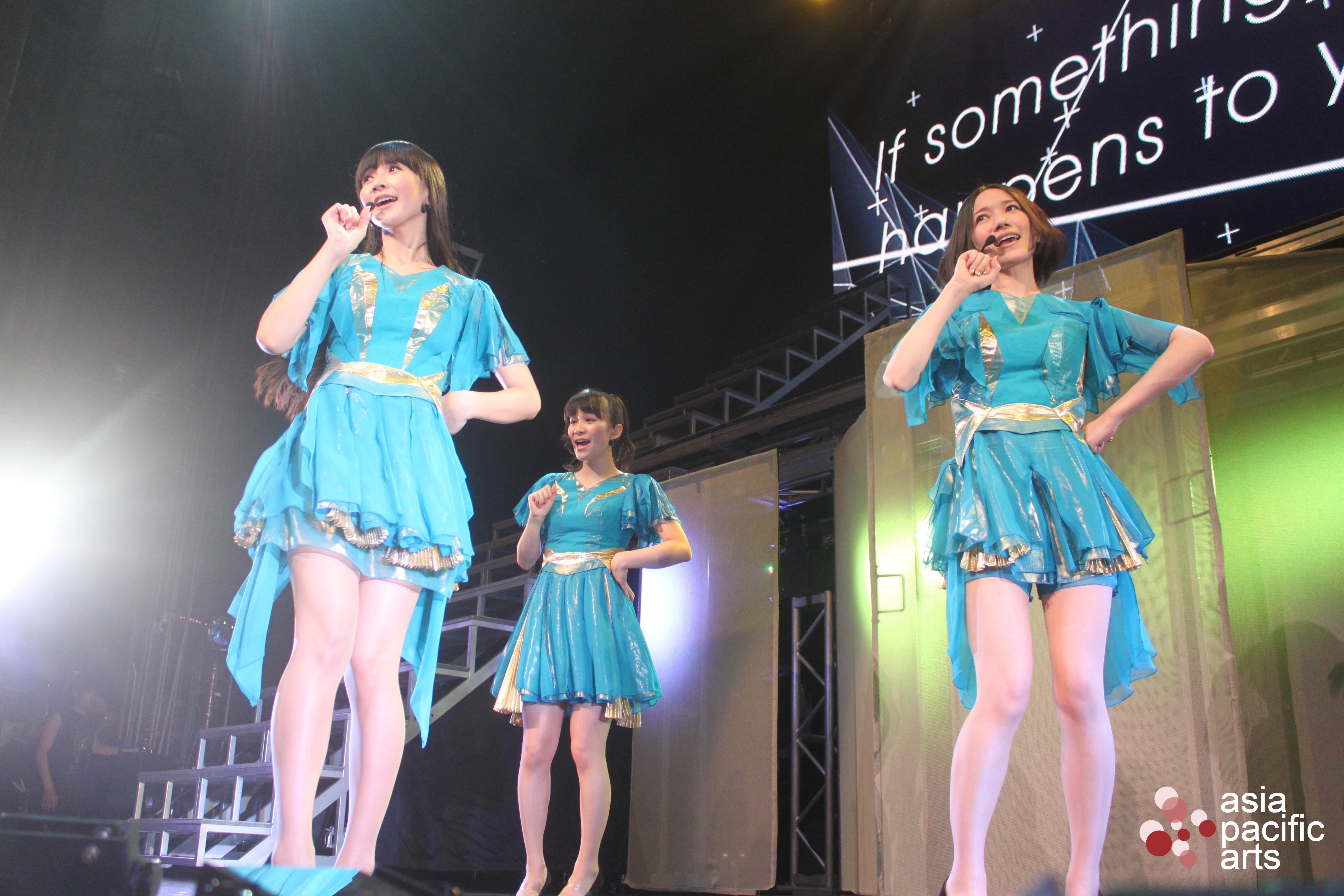 Soon after, the girls change into vividly colorful dresses and perform a set of their more cheerful upbeat tracks such as “Pick Me Up” and “Cling Cling,” showcasing their signature cute, light-footed choreography. One of the most memorable aspects of the show was the large amount of time dedicated to speaking with fans, which ultimately showcased the group’s charming personalities. Perfume searched through the crowd for cosplaying fans, while playfully bickering over which member each fan was dressed as. Prior to the American leg of their tour, the girls have been working hard to study English and did their best to hold simple conversations with fans. Selecting a Japanese-English bilingual fan in the crowd to serve as their translator (what a clever way to get free labor), the group also shared stories of what they did in San Francisco, including buying huge suitcases that get even bigger when opened, which they noted seemed very American, and eating clam chowder in sourdough bread bowls. Perfume even expertly hyped the crowd, splitting the crowd in half with team “clam” and team “chowder” and easily having the audience screaming in unbridled excitement with the simple words “clam chowder.” Anybody passing by may have thought the venue was filled with the biggest fans of clam chowder. 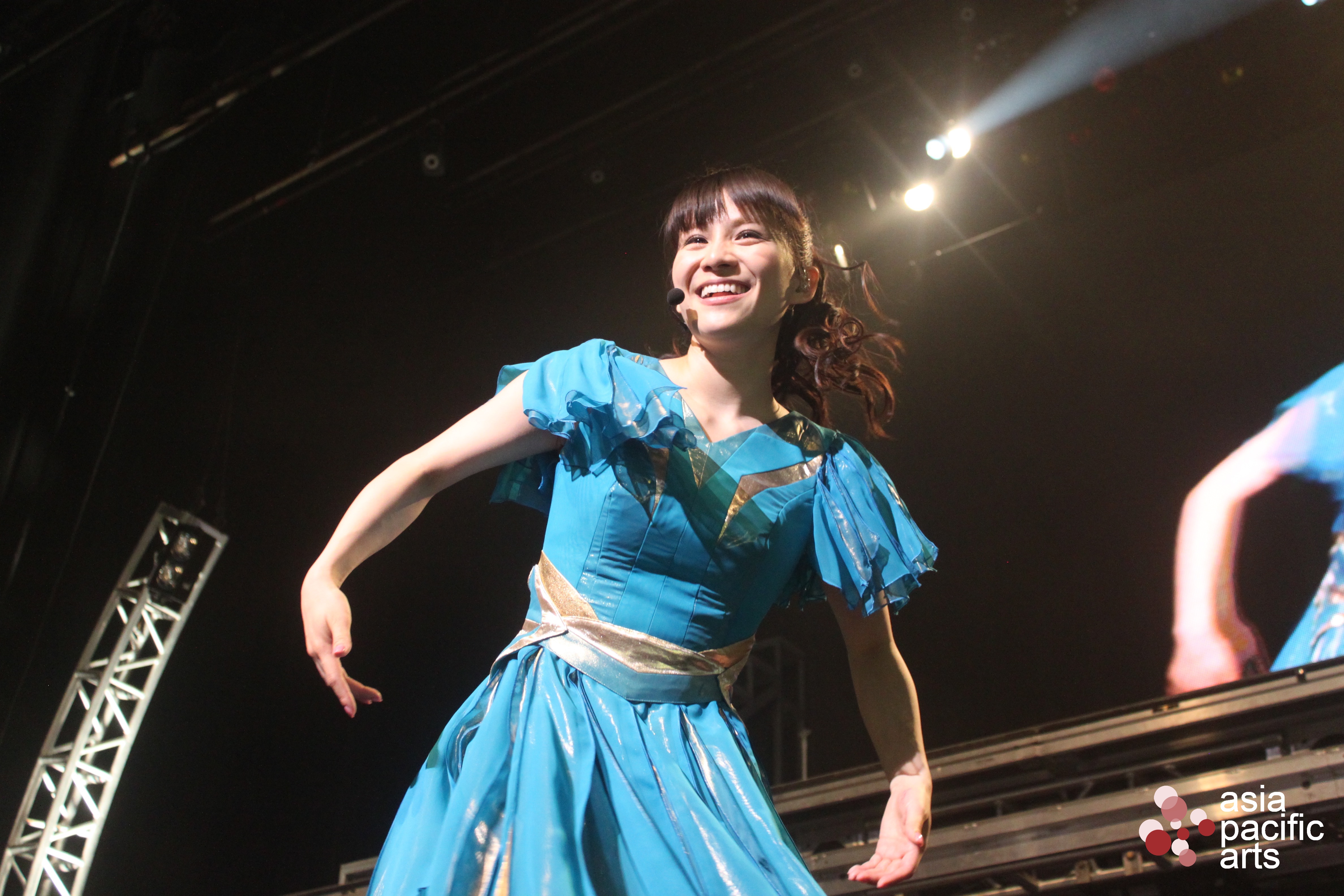 Perfume jumped back into the music with “Next Stage with YOU,” performing adorable car-driving moves throughout the entire song. As the tour is titled by the same name as the group’s latest album “Cosmic Explorer,” the tour features nearly the entire album, but the girls made sure to let their fans hear some of their previous hits like “Spending All My Time” and “Computer City” through an 8-song medley. Then, the group pleasantly surprised the audience with an English version of “Baby Face,” getting the entire crowd to repeat a simple hand rolling movement to go along with the cutesy love song.

Another brilliant demonstration of technology and music integration is Perfume’s performance of “Story,” which they also showcased at SXSW last year. The girls performed with numerous screens that displayed projections of intricate designs that flashed and morphed to the beat, sliding them around stage to create various formations. The high energy music coupled with the mesmerizing visuals and choreography made this spectacular performance a highlight among many others of the night.

Before diving back into their set, Perfume played around with fans by incorporating the currently hot and trending app Pokemon Go into the show, asking fans to collectively swipe their fingers to catch the “Perfume” pokemon lurking around the venue. The girls continued with “Flash,” showing off their martial arts-inspired choreography and moved into some more nostalgia-invoking tracks from earlier in their career such as “Dream Fighter,” “Polyrhythm” and “Chocolate Disco,” delighting long-time fans. Perfume closed out the show with an encore, singing “Star Train” with mic stands and surrounded by layered levels of lights representing stars. Slowly ascending the stairs to the highest platform, the members came together and with a deep bow, bid attendees farewell. 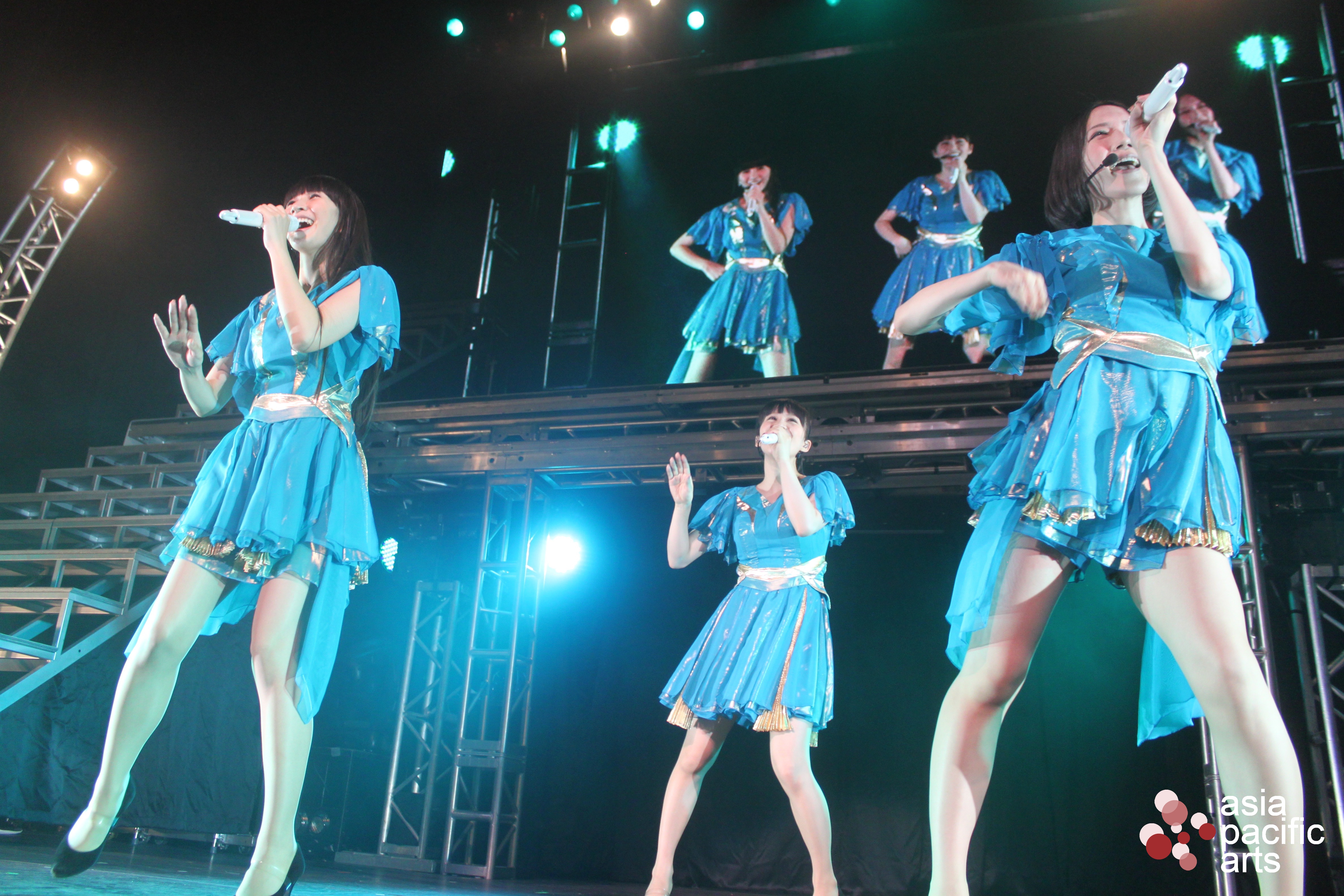 Perfume put on an impressive concert, showcasing not only songs from their latest release, but also a number of their best hits from throughout their 16-year discography. As veterans, the group successfully struck the perfect balance between performance and engagement by executing energetic and dynamic performances and interacting with the crowd through charming conversation. Though it took six tours for Perfume to come to San Francisco, it was well worth the wait.

Check out more of our photos from Perfume’s 2016 Cosmic Explorer Tour below!