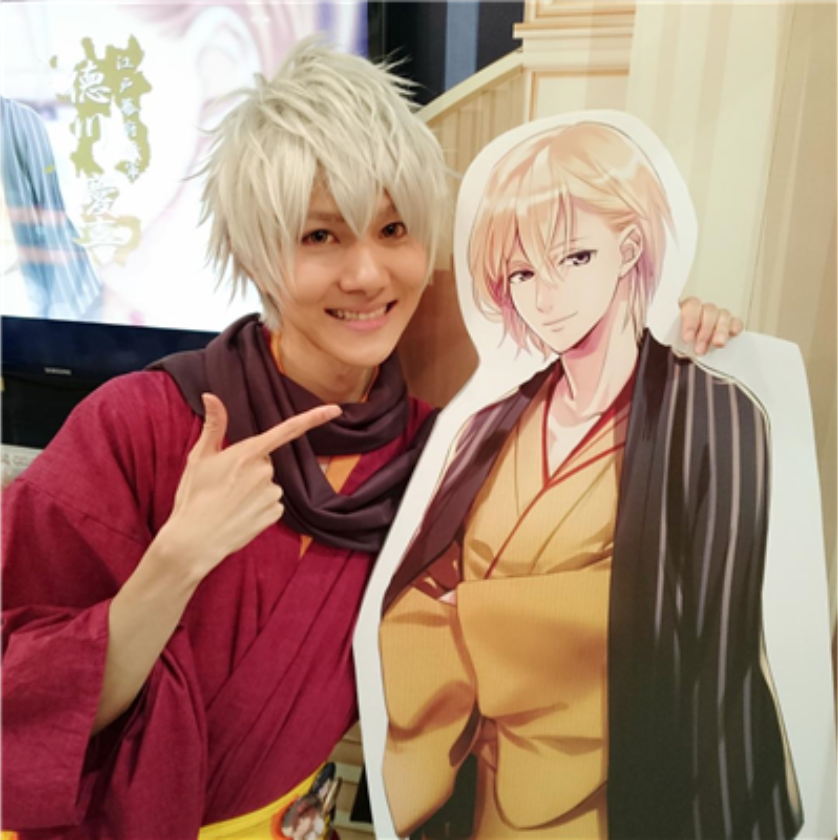 Ever meet an otome game character? In real life? I certainly didn’t think I would, but I’ll tell you how I did. Winding through the aisles of the Exhibition Hall, I was looking to check out something new amongst the numerous bustling booths at Anime Expo. Lo and behold, what caught my eye was a booth I had never seen before, filled with cardboard cutout pretty boys. (Because what else is more eye catching, right?) Turns out this booth was hosted by gaming company Cybird, featuring its otome games, also known as dating simulation games, at its first US appearance.

Looking for a representative to fill me in on the booth, I asked one of the many female staff and she simply directed me to the only male staff member, who looked exactly like he stepped out from one of the games himself. And well, he kind of did; he was Yuki from Cybird’s “Destined to Love” (but he’s also actually the company’s North America regional manager). Who better to talk otome with than an actual otome character?

APA chats with Yuki from Cybird’s “Destined to Love” to learn more about the game company’s dating simulation games and how it address the cultural nuances of romance in its games geared toward Japanese and American audiences. 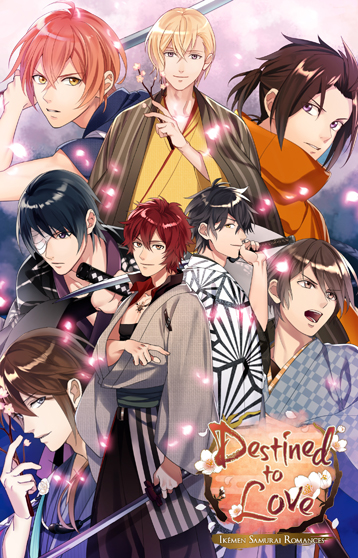 APA: How would you describe the popularity of otome in Japan?

Yuki: Actually in Japan, it’s not niche anymore. The market geared toward girls has always been wide like for comics and films. So, dating simulation games also quickly fit in.

APA: There seem to be some conventions that are often used to appeal female audiences in Japan, whether in comic books, films or games. How did you see this being popular overseas through otome?

Well, there are otome games that have already been released in the US before Cybird. One of the most popular games is called “Hakuoki” produced by a huge otome company in Japan, which was received well here. This let us know that there was definitely a market here. Also, there are recent popular anime like Free, Haikyuu and Kuroko’s Basketball. All of those anime with good-looking guys are really popular in America. It seems like a trend that whatever becomes popular in Japan kind of gets popular in America later I think.

At Anime Expo, I could tell that there was definitely interest. What was interesting to me is that not only girls, but guys were interested too. In Japan, otome companies are only aiming for girls. So when they hold an event in Japan, the people who show up are 99.9% girls. Up until now, we were only targeting the female audience, but in the future, we might consider opening it up more… to anyone who wants to have a romantic time with good-looking guys. [laughs]

APA: Can you tell us a bit more about the games Cybird has released in English?

The first game we decided to release in English was “Midnight Cinderella,” which features a more Western theme like a princess among princes. We thought this was something people globally would be more familiar with. The second game was “Destined to Love” which was completely different and of the Japanese shinsengumi theme. The reason why we went with this game is because we could tell that the Japanese theme has been received well in America through games like “Hakuoki.” And well, “Naruto” is pretty popular here too. We didn’t want to release a game that was too similar to the first because they might compete with each other and share the same fans. We want to expand our audience, so we thought we’d go with two different themes.

APA: How would you describe the general process of creating an otome game for the American audience?

At Cybird, so far all the games we’ve done in English originally are Japanese games. So we don’t start from the very beginning, as we already have characters and stories. But when we localize, we do change a lot of things. The biggest change that we make is the main character, the female. I like to compare it to Disney princesses. In the original Japanese game, the girl’s image was more like a damsel like the prince always has to protect the princess. But now if you watch newer Disney movies like Frozen, girls are much stronger. They have their own opinions and don’t rely on princes. So for American audiences, we change the character from having a shy, timid personality to one that’s more energetic and bold. 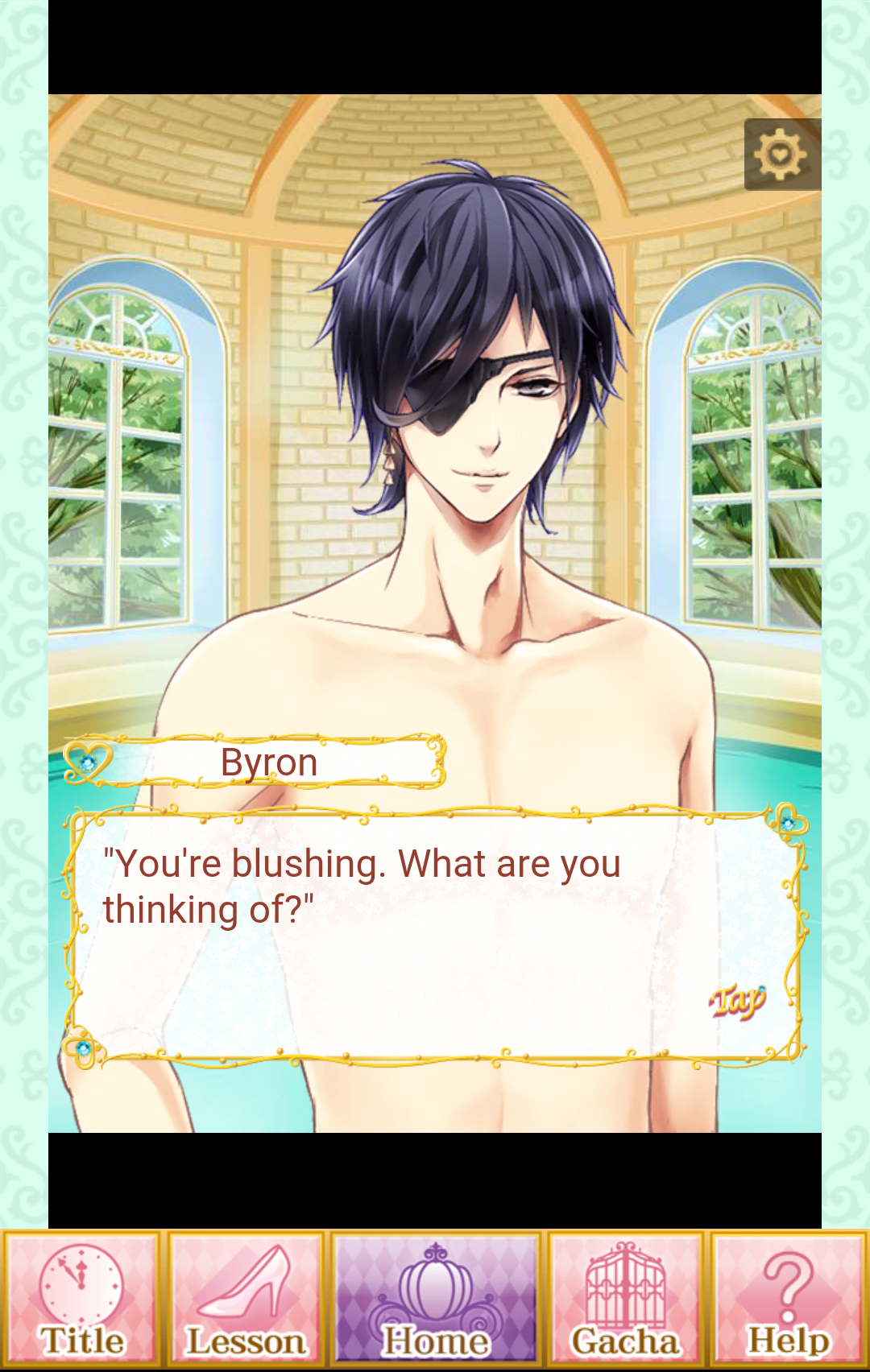 APA: How do you go about making those changes?

We do change the dialogue a bit, but not a lot because if we do, then we have to rewrite the whole story. In the Japanese version, there are a lot of scenes where the character is just thinking like “…” In Japan, it’s a common thing to read someone’s mind while they think of nothing, but we don’t think it applies to the American market. So, we’ll include like an actual thought in place there. Let me think of a good example. For example, there will be many scenes where the guy asks what you want to do. In the Japanese version, maybe it’ll be like there’s no specific answer that you can choose, so the answers aren’t clear. But in the English version, the answers are clearer, so you can make a concrete choice.

APA: What’s the most important part of an otome?

For otome games, appearance is super important because the first thing you know about the game is what you see. So, we have to make sure our characters are really good looking guys. We put a lot of effort into looking for people who can draw in the style we’re looking for.

At Anime Expo, we could tell that the drawing style totally matched up with fans here. When our staff was talking about the game itself, a lot of people got interested and there were some people who downloaded the game and came back the next day to purchase merchandise.

APA: What makes Cybird stand out from other otome game companies?

We spend a lot more time on the characters like drawing them and creating their personalities. We actually have each character’s profile with lots of details, not just height weight, but also like what food he likes or what kind of animals he likes. It gives people a clearer image of what the characters are like. I think that’s one of our strengths. 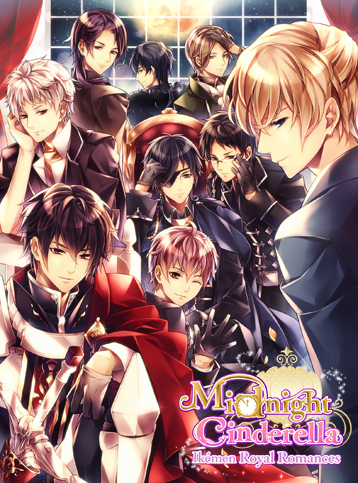 APA: So, there is a huge roster of pretty boys with distinct personalities. Would you say these characters are just too perfect to be true?

[laughs] I would say that at some point, maybe you’d see something realistic. I don’t think you’ll find guys like this; they’re just perfect like from a shojo manga. [laughs]

They’ve got pretty faces, hot bodies and great characteristics. Also, the characteristics are more like anime, so there will be some really aggressive characters that… are… I guess Japanese sadistic? It’s a character type you’ll see in anime, but I’m not sure if girls would actually really like that in real life.

Something else I can add about localizing is that we tend to tone down this aggressive nature in the American version. Sometimes the scenes might just seem too much to an American audience of stronger females, so that’s something we lessen in the Western version. In Japanese, the dialogue is not written as straightforward, but when translated into English, it can come off as too intense.

APA: What are your thoughts on Anime Expo, a huge Japanese pop culture celebration overseas?

It was really great. One thing that I noticed is that when you go to an event in Japan, people don’t talk so much. But in America, it’s in people’s nature to talk about what they feel and what they like. So, we were able to talk to the fans and find out more about them and their interests. Otome isn’t that big overseas yet, but seeing a lot of people stopping by our booth definitely let me know that there are people interested.

Overall, Anime Expo was beyond my expectations. It was way bigger than I imagined and as a Japanese person, I was really happy to see how popular not only Japanese pop culture is, but also otome games and otaku stuff in America. [laughs] 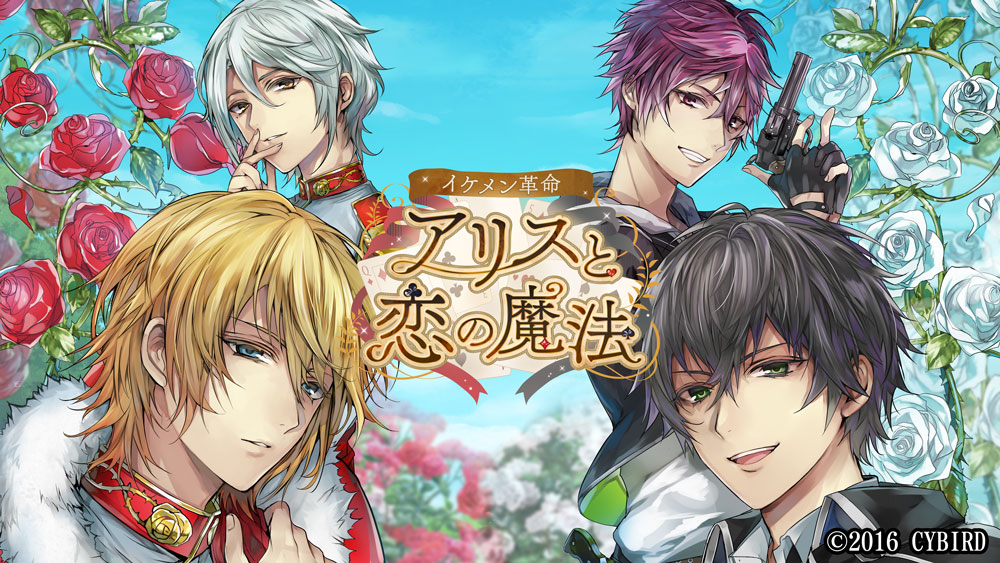 APA: What else does Cybird have in the works now?

For the English market, I can’t say much yet right now. But we have one new Japanese game underway. It’s up on our official Japanese website and it’s called “Ikemen Revolution.” It’s an Alice in Wonderland themed, so I think people will be familiar with it and enjoy it.

What’s different about this game is that there will be voice actors speaking for the characters. It’s our second game with voice actors, after the success of “Ikemen Sengoku,” but it’ll feature voice actors from popular anime such as Hiro Shimono (Sho Kurusu of Uta no Prince Sama,” Tetsuya Kakihara (Shin of Amnesia), Natsuki Hanae (Ken Kaneki of Tokyo Ghoul) and many others. We actually showed the Japanese trailer at Anime Expo and it seemed like people are anticipating it!