Pioneer of “kawaii culture” Sebastian Masuda returns to JPOP Summit, after making his first appearance in 2013. Since then, he’s worked on numerous projects and brings one of his largest global projects to San Francisco, Time After Time Capsule.

In addition to his capsule project, APA chats with Sebastian Masuda on his work as artistic director of Kyary Pamyu Pamyu’s “PONPONPON” set, his first solo exhibition “Colorful Rebellion – Seventh Nightmare” as an artist and creation of Kawaii Monster Cafe.

APA: Welcome back to San Francisco! How do you feel being back again?

Sebastian Masuda: I just got into the city yesterday, so today is my first day. Unfortunately, I’m leaving tomorrow, so I won’t have too much time to enjoy myself. But, I have a special attachment to JPOP Summit because I was largely involved when it first began. Kawaii fashion wasn’t big back then, but coming back and seeing how many people enjoy it now makes me happy. When you interviewed me four years ago, that was the first peak of kawaii fashion, so I’m glad that you remember that time and came back to speak with me again.

APA: Of course I remember! Back then, we talked about how your “kakumei” (revolution) pin was a must-have item because kawaii is a revolutionary movement. Since then, you’ve traveled the world and worked on so many projects. How would you say that you’ve seen kawaii evolve and spread since then?

SM: Around five years ago, Kyary Pamyu Pamyu emerged as a huge kawaii influencer and I was able to work with her on her musical debut. She plays a large role in spreading kawaii around the world. 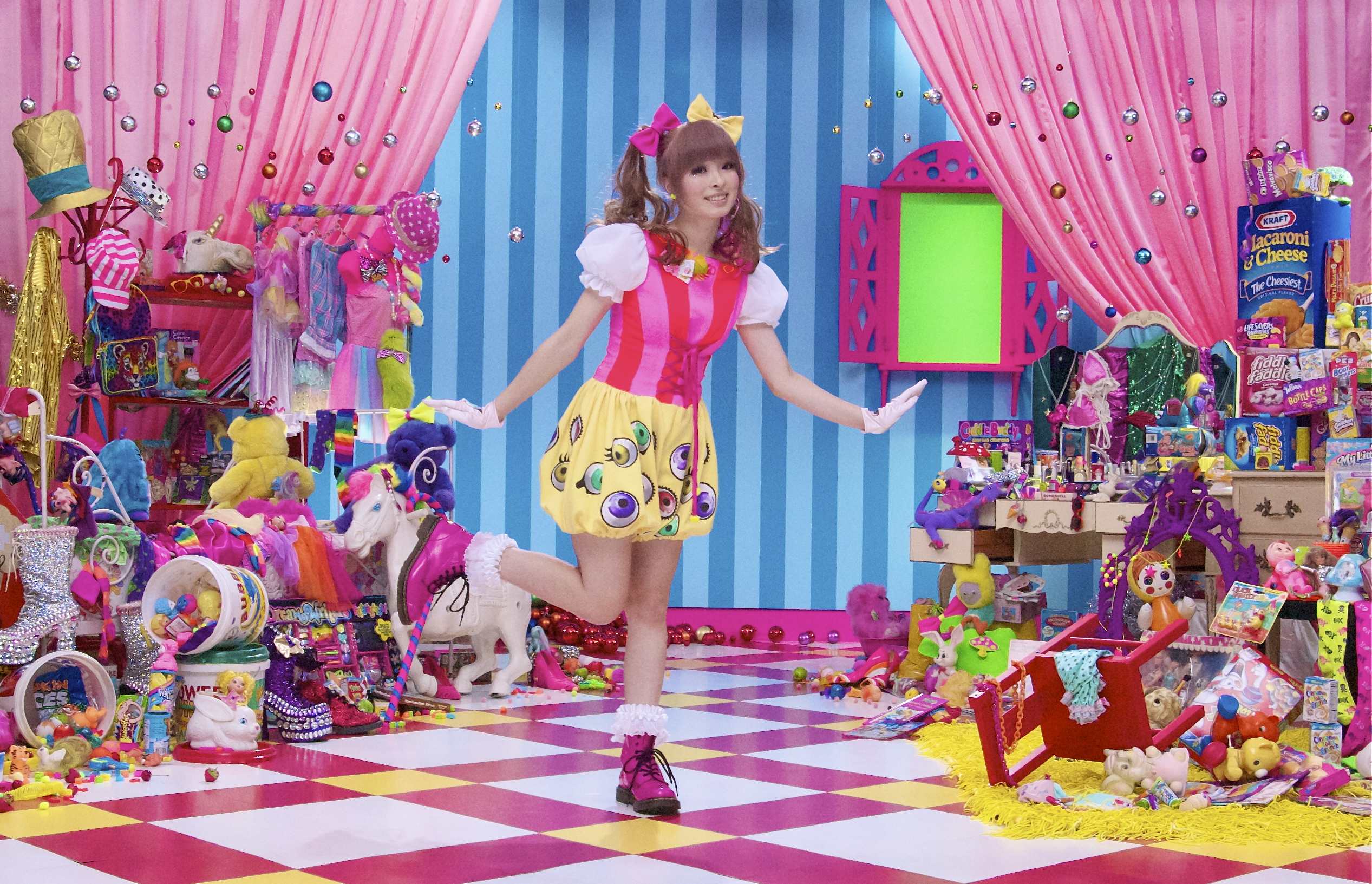 APA: Speaking of Kyary, she is celebrating her 5th anniversary and opening the Summit this year with a concert. I thought it’d be good to look back at her debut song “PONPONPON” for which you designed the set and talk about how you’ve created it.

SM: With Kyary on set, I wanted to use a variety of colors. Also, I wanted to create the set in a way that would appeal to global viewers, so I used a lot of Western items like Mac and Cheese that people around the world would recognize. I think that if I were to use Japanese snacks and items, the video would come off as an Asian-only concept.

APA: Thanks for revisiting that memory with us. I believe you also recently debuted as an artist?

SM: Yes, Kyary’s mission is to spread fashion and Japanese pop culture, so I’m glad to have played a part in that. But for me, I would like to focus on art. Unlike fashion, I think art is for everybody from children to the elderly; everybody understands art.

So, I debuted as an artist 2014. I held my first solo exhibit in a small gallery in New York called “Colorful Rebellion – Seventh Nightmare.” In my opinion, kawaii is like making your own house in your own world. My first exhibit is in a small room like this and it could only fit about 5 people. I was only expecting people who were either already my fans, Kyary fans or maybe cosplay fans, but more than 1,000 people showed up. I was surprised and glad to see so many people who were interested in learning more about kawaii. To me, kawaii is a peaceful revolution that has no boundaries. It made me feel that kawaii really has the power to influence people. 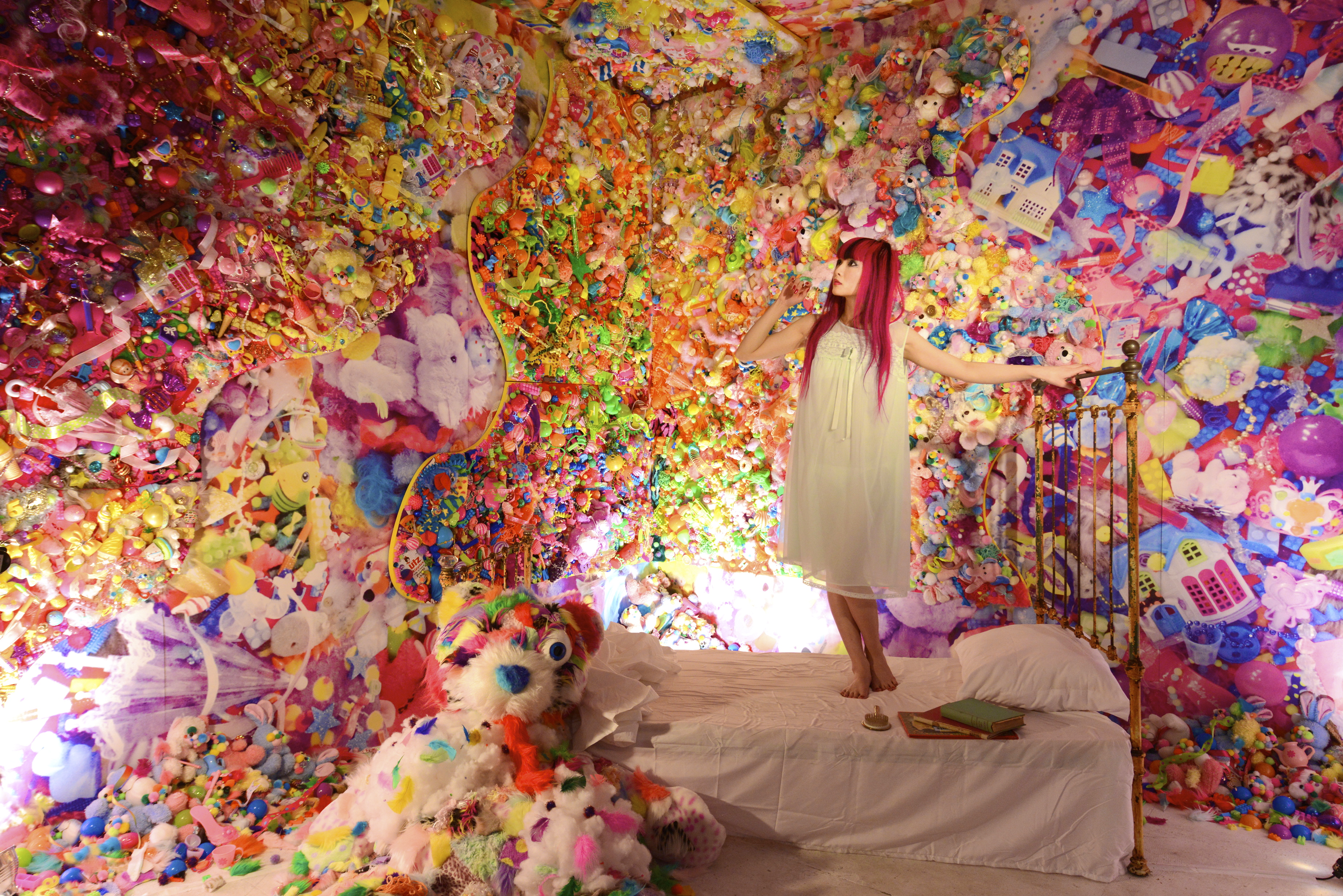 APA: And now you’re here at JPOP Summit with a project titled Time After Time Capsule. Can you tell us more about it?

SM: For this project, I wanted to create something really special. I wanted to gather all the memories and future dreams of people around the world in a kawaii way with this capsule. Not only are my own personal emotions involved, but the ideas and feelings of others. I’m thinking of making 10 capsules all together and bringing them around the world to collect everyone’s ideas.

The Olympics will happen in Tokyo in 2020, so I’d like to take all my capsules and turn them into a monument in Harajuku at that time. I think it’ll be a great opportunity for more people to learn about kawaii.

APA: What kind of items have you collected in your capsules?

SM: Kawaii can be very personal. Sometimes people bring their memorabilia or write a message to the future; it all depends on each person. In New York, some people brought their old stuffed animals. I’ve been holding workshops where people can write messages on colorful paper and wrap it up to place in the capsule. 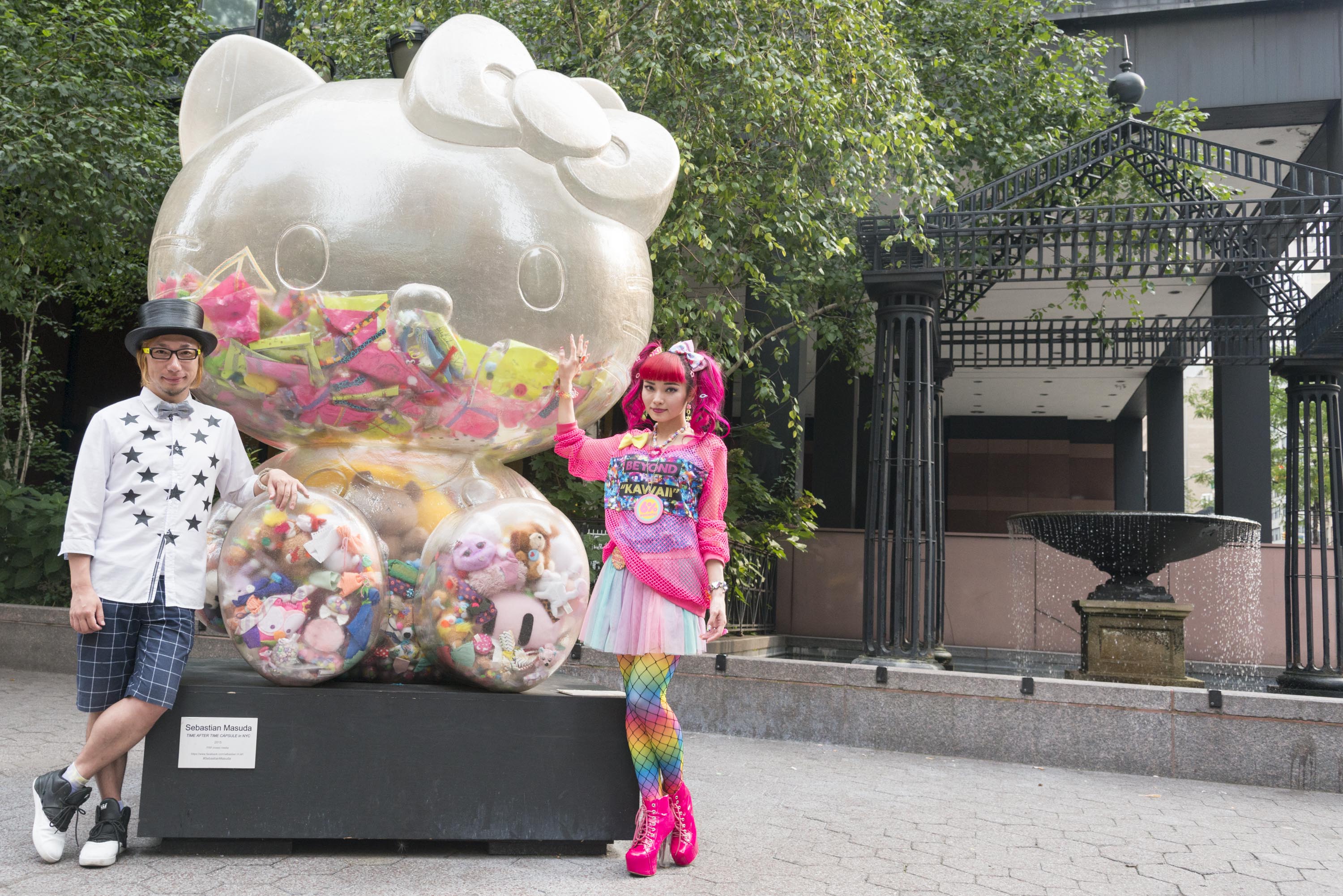 APA: The capsule you brought to JPOP Summit is the popular Domokun. Since you plan on having 10 in total, what other characters do you plan on using?

SM: I want to use characters that people would recognize, so I’ve brought Hello Kitty to America and I would bring a character like Miffy in Amsterdam.

APA: Another one of your popular projects is on many people’s must-visit list when they visit Tokyo, Kawaii Monster Cafe. Can you tell us how you went about creating it?

Actually, half the people who come to the cafe are from overseas. The Japanese government is so eager to bring people to Japan and show them what the country is like. I thought I had nothing to do with the government, but the cafe seems to be quite popular. Some people might think kawaii culture is specific to Japan, but it’s not; it’s universal and I think that’s the key to its popularity. 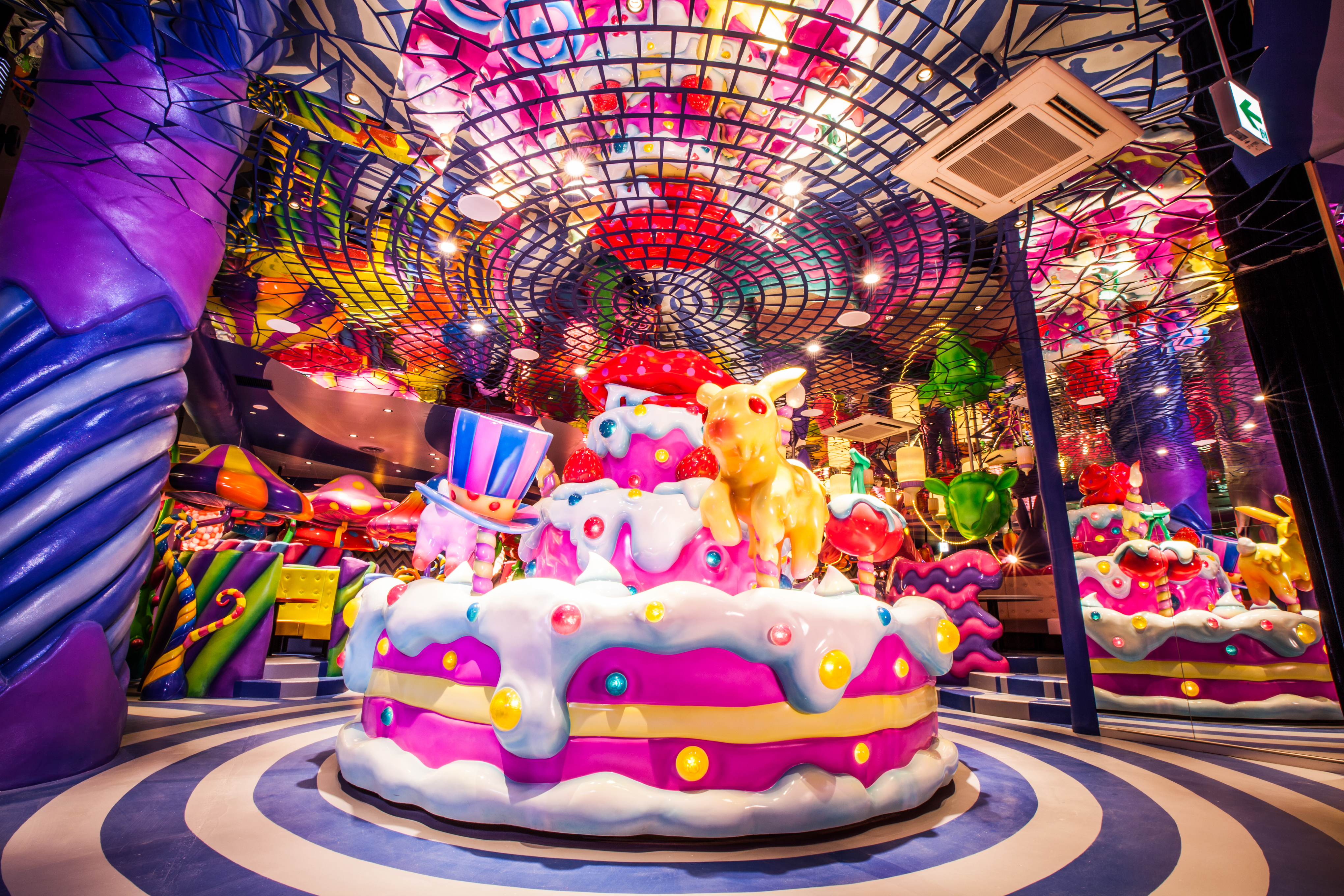