Well known for their intricate robotic dance moves, World Order performs in San Francisco for the first time at JPOP Summit. Though many people recognize World Order as a whole due to their signature Japanese salaryman suits, APA chats with the group to learn more about each of the members individually and their unique experiences of performing on the streets around the world. 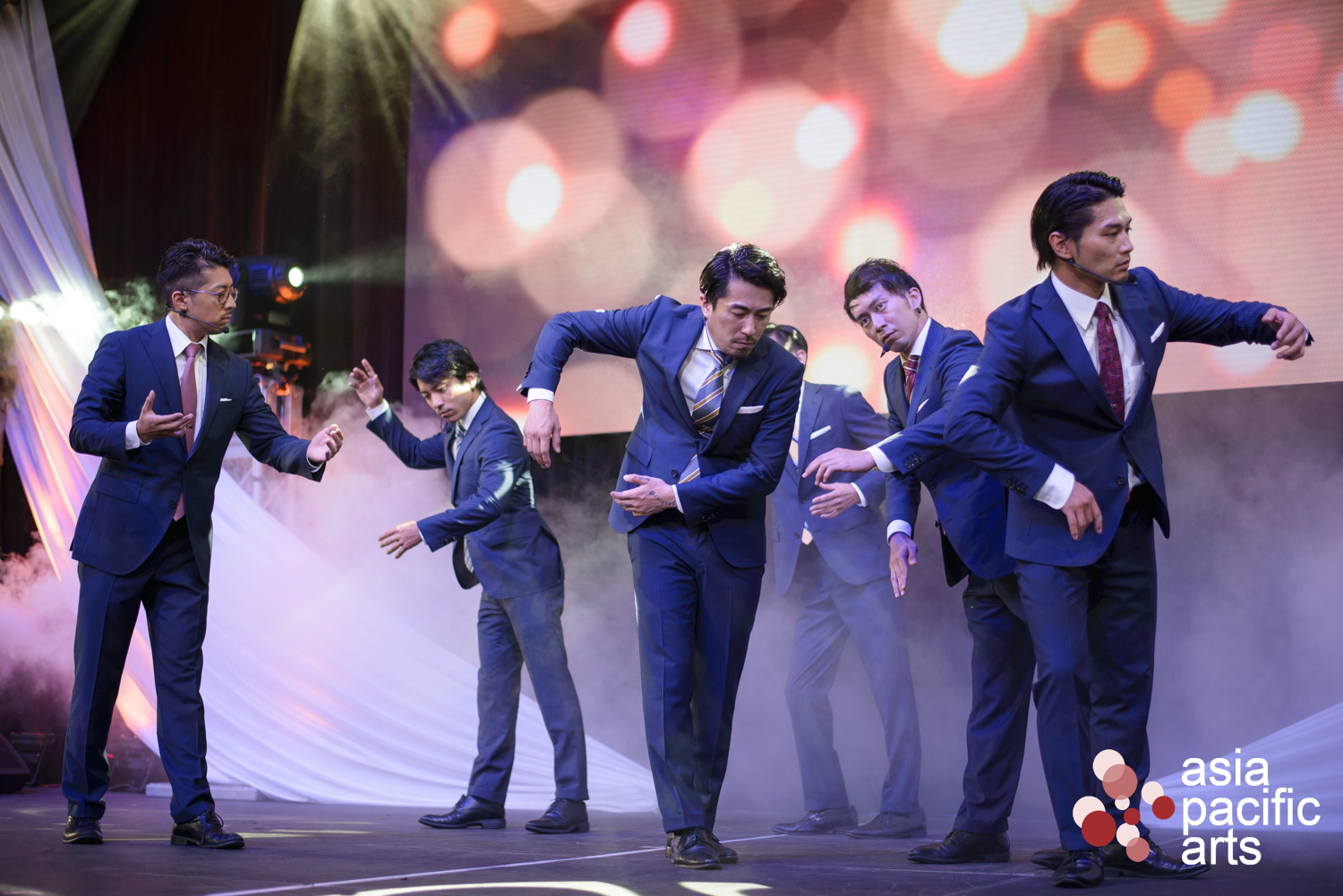 APA: How did World Order come together?

APA: How did you recruit the other members of the group?

Sudo Genki: It was quite simple actually. When I decided to start this project, I made a demo music video and just asked my dance teacher if he knew any good dancers. Then, he introduced me to some dancers who are now members of World Order.

APA: The group is well known for the members wearing all suits. Why did you decide on this uniform outfit?

Sudo Genki: Since it was difficult to transition into music, I thought it was a good idea to do something recognizable. I was more interested in reaching a global audience. Exposed to Western culture through my travels, I realized that Westerners had a specific image of Japanese people. They think of suits, glasses and people who walk in lines. This fascinated me. So, I decided to create World Order with this concept in mind.

APA: How does the group go about choreographing?

Sudo Genki: I decide the theme of the music videos. Masato is our chief choreographer and together we both discuss the location of the shoot before he goes into making the choreography.

Ochiai Masato: First, the music is written by Sudo and we develop the story around it. We toss a lot of ideas around and come together to see what fits best.

APA: I heard that Sudo Genki made an announcement about retiring from the group. What is the role you play now in World Order?

Sudo Genki: That is a good question. [laughs] The only difference is that I’m not performing as much as I used to. For me, I wanted to take a step back and put the members more in the limelight. I am still producing music and the group though. Actually, I’m not such a good dancer. [laughs] But, they’re all very great and have good characters, so I’m glad they are part of World Order. 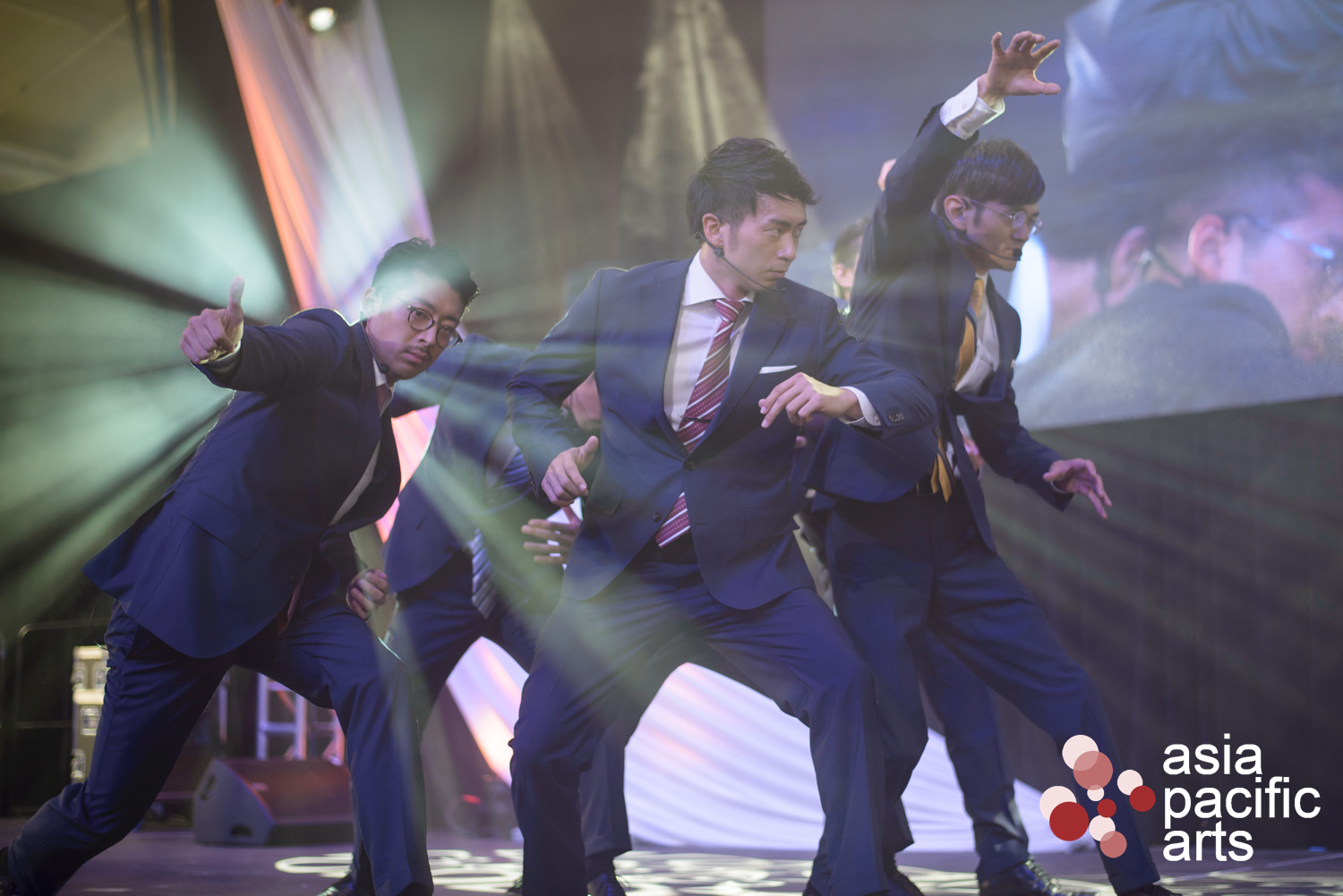 APA: Speaking of the members having good characters, can we get to know a bit about each member?

Ochiai Masato: Akihiro is a very warm, gentle person. Whenever you’re near him, there’s this warm aura. He’s also the most popular guy in World Order. And when you’re having a hard time, he’s the #1 person you want to go to.

Takahashi Akihiro: Yusuke is the funniest in the group and always has interesting things to say. He’s also got a big heart.

Morisawa Yusuke: Hayato is very eco-friendly. [laughs] He’s very conscious about making sure everything he does from his food to clothes is eco-friendly.

Uchiyama Hayato: Tomita is the youngest, but he looks the oldest. [laughs] He has a very strong heart in that he doesn’t get nervous in situations that most people do. Also, his hobby is surfing. He doesn’t look like he would surf, but he does. [laughs]

Ryuta Tomita: Takashi is the most physically fit of us all. He’s also very smart since he graduated from Tokyo University. He’s got everything from good brains and good body. [laughs]

APA: Since many of your videos feature you performing on the streets, have you had any memorable moments during filming?

Sudo Genki: Many people try to come into the shot and copy us. [laughs] Oh yeah, didn’t something happen to Yusuke recently?

Morisawa Yusuke: While we were filming, there was a woman who approached me and I asked her, “Can you please step back?” Turns out she was a Chinese tourist and she didn’t understand me and kept trying to approach me. I was a little worried because we were doing karate-esque moves and I thought I might hit her. [laughs]

APA: As you mentioned earlier, you film when you get overseas contracts. Do you have any plans to film here in San Francisco?

Sudo Genki: Unfortunately, we’re only here to perform for JPOP Summit this time around. Hopefully, we’ll get an opportunity to film in San Francisco next time. 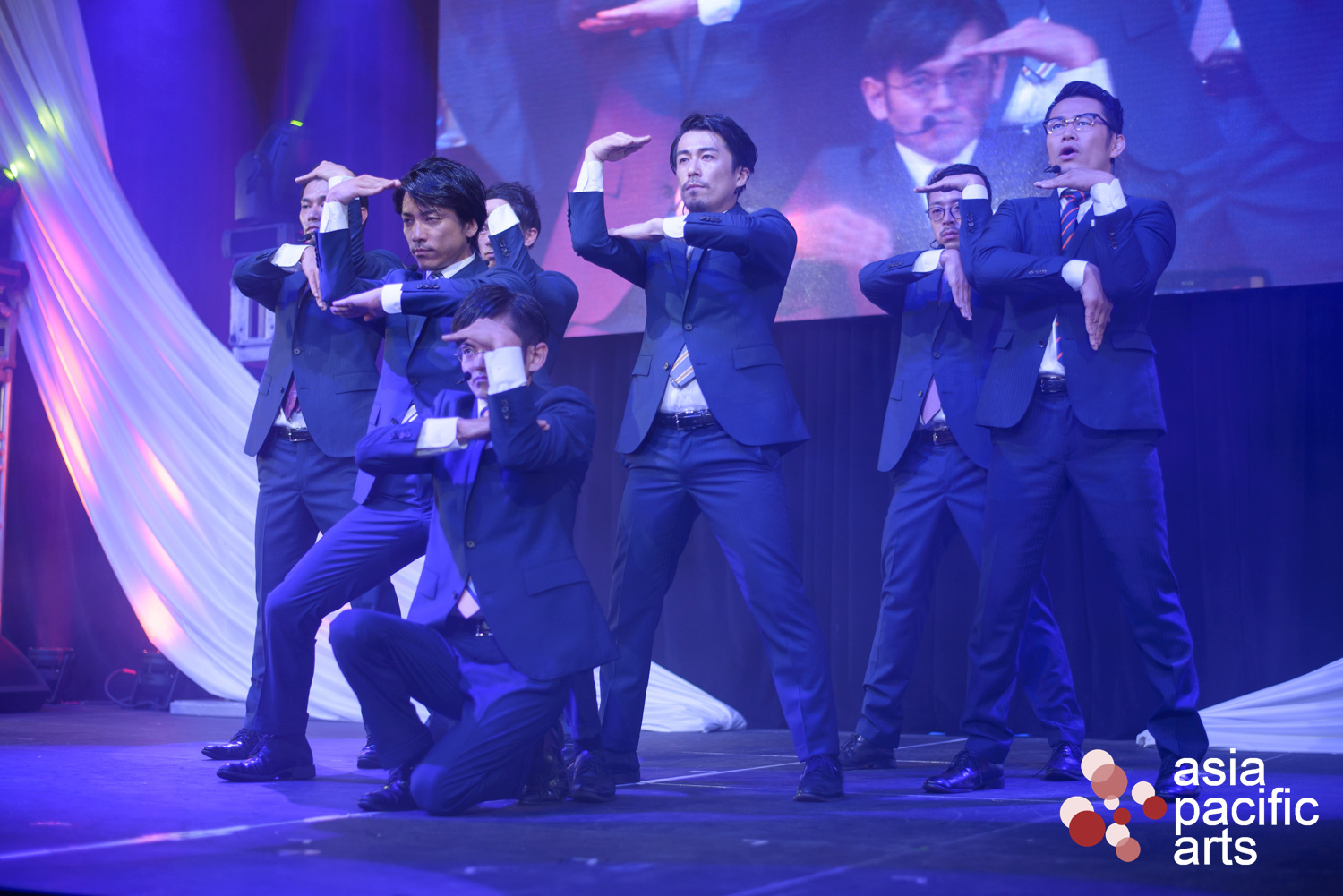 APA: Sudo Genki, you’ve challenged a lot of different things in your career such as becoming a fighter, a musician, an author and more. What helped you make the decision to try your hand at so many different things?

Sudo Genki: Hmm… that’s a good question. I feel like the most important thing is to do what you want. When you have something you want to do, it’s not about should I do it, but how should I do it. I think that’s the way.I think I’m lucky. Because the members here are so talented! Now, I’m nothing. [laughs] Just here supporting them, while they do all the choreography and performing. It’s like how I’m the head coach of the Japanese University wrestling team. I’m the head coach, but there’s also the coach who actually teaches. I’m lucky to be around good, talented people.

APA: World Order’s message is about world peace and unity. With all the chaos going on in the world now, how would you describe how your work conveys that message?

Sudo Genki: My motto is “We are one.” I hope that through our performances in other countries that feature different cultures that even though we are different, we are also the same.

Check out our photos from their performance below!