Not long after completing their Japan national tour, Silent Siren makes their debut US performance at JPOP Summit and rocks the stage. Silent Siren is a female band made up of four members: Ainyan (bassist), Hinanchu (drummer), Suu (vocalist/guitarist) and Yukarun (keyboardist). From before the group’s debut, the girls have been modeling for some of Harajuku’s most popular fashion magazines and deliver their performances with an extra dose of kawaii.

APA chats with Silent Siren on their latest album “S” and their upcoming world tour. 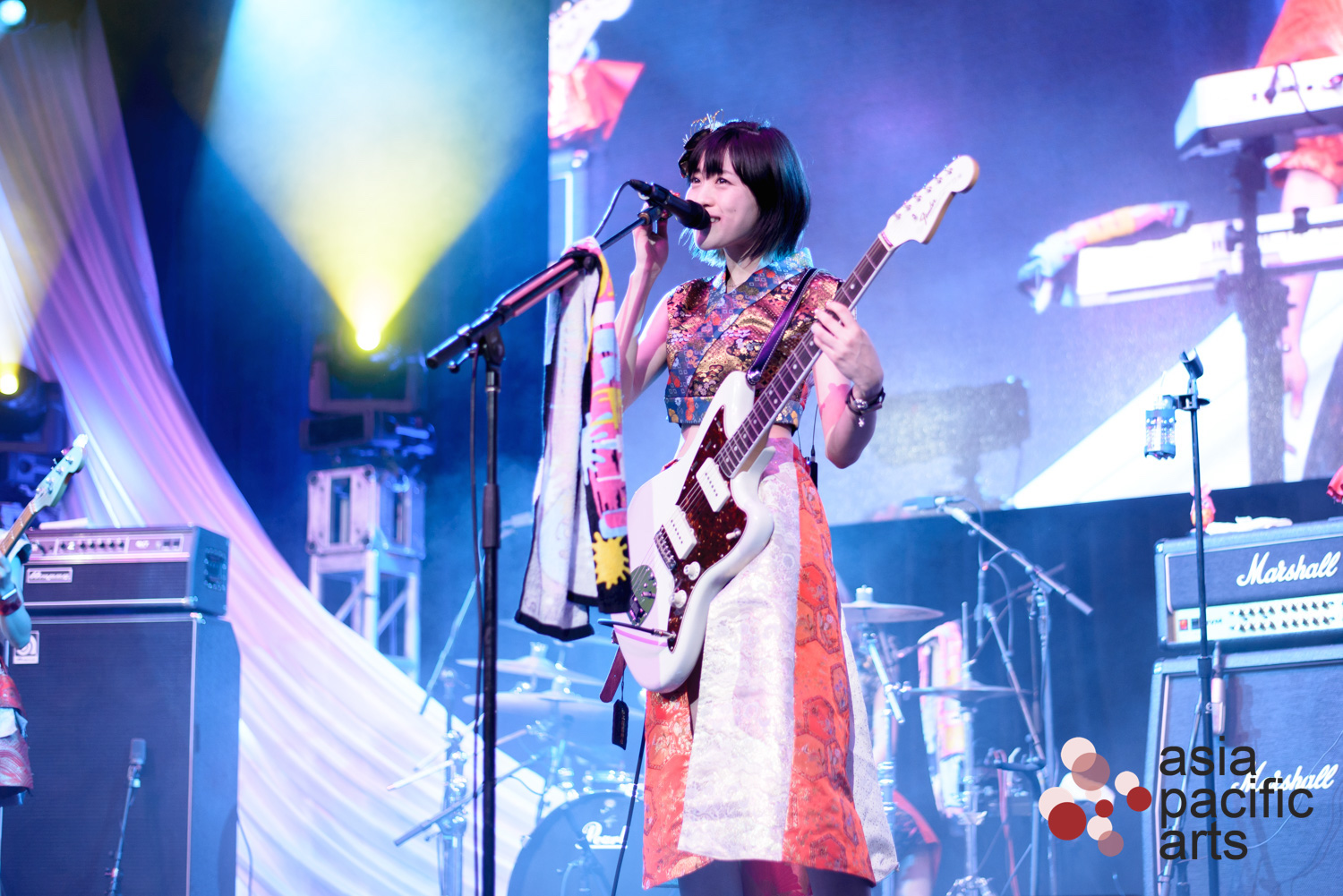 APA: Welcome to San Francisco! How has your time been so far?

We had no idea that a day in San Francisco would feel like all the seasons! In the morning, it would be very cold, then very hot mid-day and back to cold at night! It’s very interesting. We explored Fisherman’s Wharf for a bit.

APA: As this is your first time together in America, was there anything surprising to you?

We were surprised by how cool all the buildings look and there are just so many hills!

We’d like to go to Alcatraz Island! It’s so close by, but it turns out that you have to make a reservation 3 months in advance to schedule a night tour. We really want to go!! We’ll have to go next time.

APA: Did you get a chance to look around JPOP Summit?

We walked around a bit and saw there was a kimono exhibit, as well as some anime. We were really impressed by the cosplayers!

APA: How did you decide on your band name Silent Siren?

Suu: There is only one letter/character difference between the two words, but the two words are like opposites, one word meaning quiet and the other associated with loudness. We’re models, but we also like making music. We wanted to express our various interests and personalities and thought the title fit us.

APA: How did the group come together?

Hinanchu: Actually, I met Suu at a magazine shoot. At the time, we were in separate bands, but we talked during the shoot and decided that we wanted to start a band together. So, Silent Siren began with us two.

APA: Earlier this year, you released your latest album “S.” Can you tell us about what went into making this album?

Suu: Prior to the album, we released a lot of singles that actually started with the letter “s.” We realized there are a lot of good words that start with “s” like special, super or surprise. So naturally, we decided on calling our album “S.”The album is comprised of 13 songs of various genres like pop and ballads. There’s no particular concept other than us selecting all the songs we liked. Since there’s a variety of song styles, we think listeners are bound to hear a few songs they like. 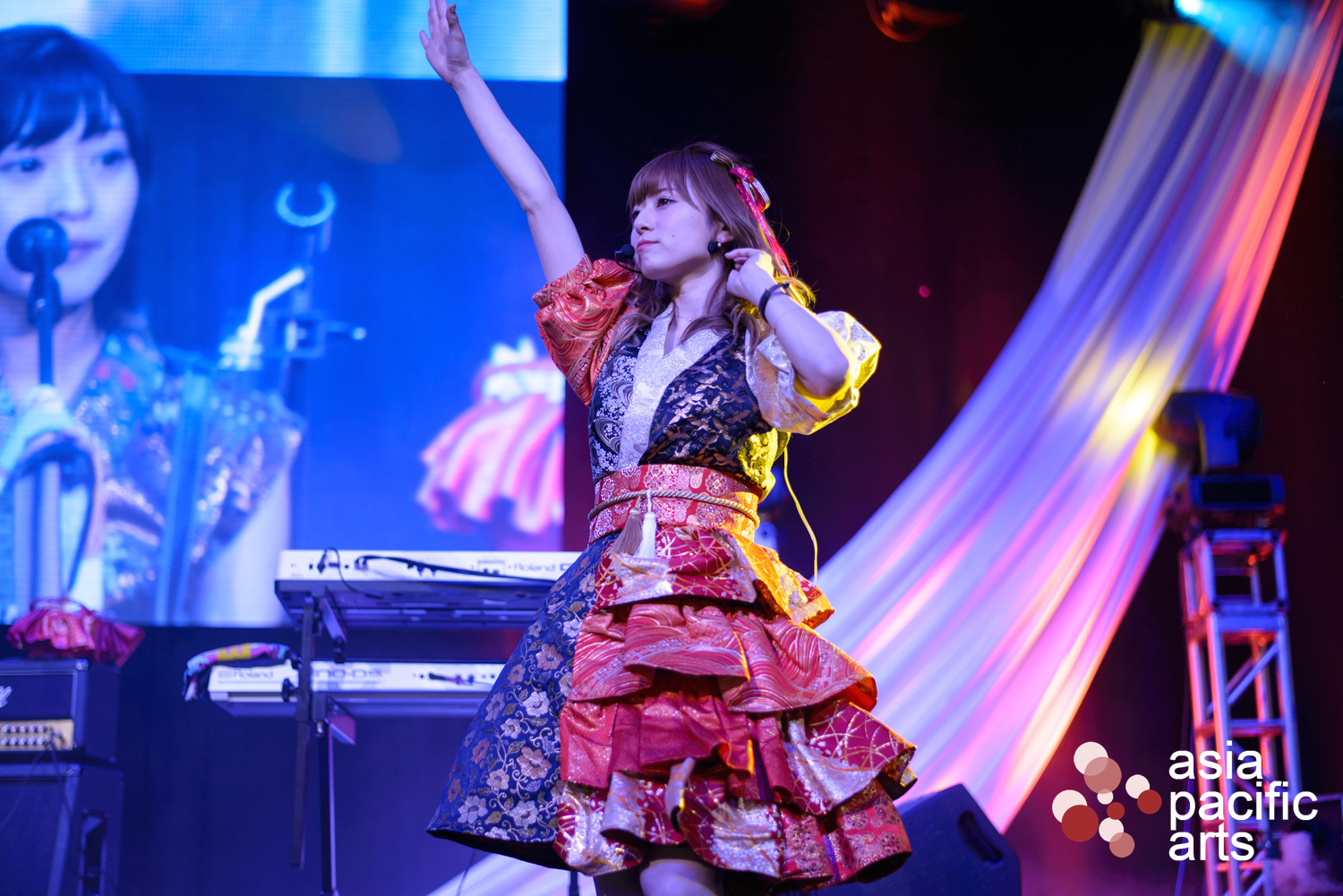 APA: With such a varying selection of music in your latest album, what kind of inspiration did you have for your music?

We just try to relax, so we can get creative. We often watch movies, read manga and look at the scenery to get some ideas.

APA: If you were to switch roles, which would you like to do?

Ainyan (bassist): I would pick the drums because well, I’m bad at it. [laughs] I’m not good at doing things simultaneously, so I would try to seriously do it.

Hinanchu (drummer): This is a really hard question. If I had to play something other than the drums, I wouldn’t be in a band. I would probably just quit.

Suu (vocalist/guitarist): I would do the bass… because it’s also a string instrument! [laughs] It would be easier for me to learn.

Yukarun (keyboardist): I would pick either guitar or bass. I actually tried playing the drums a bit once and it hurt my legs. [laugh] I would have to play an instrument that doesn’t involve my legs.

APA: If you had 1 day off to do whatever you wanted, what would you do?

Ainyan: Hmm.. I would just sleep all day. [laughs] I love sleeping and I need it the most out of the members.

Suu: Since Japan is very warm now, I would want to go to the ocean.

Yukarun: I would want to have a picnic somewhere that’s got nice leafy green scenery.

APA: As you’ll be performing live later tonight, do you have anything special prepared for your American fans?

At this event, there are a lot of pop groups, so we hope people know that we’re an actual band. We have a lot of music that is easy for fans to sing along, so we think listeners will enjoy our music.

APA: Any words to your overseas fans?

We’re actually going to embark on a world tour in September and we’ll be back in San Francisco on October 2nd. People who like our sound at JPOP Summit should come to our solo concert as well! We also hope to see our other international fans on our world tour! 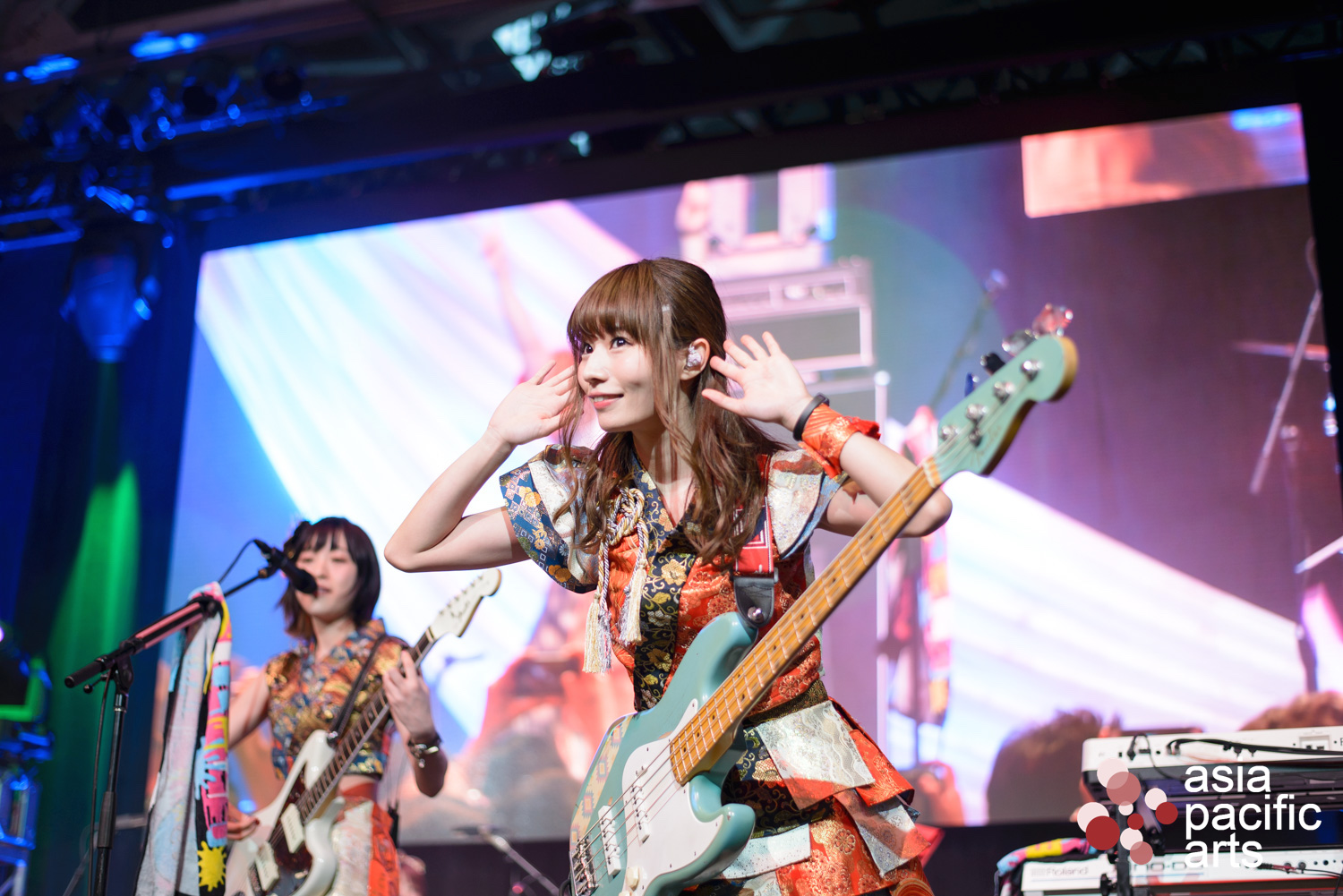