Skip to Content
Home Art Love Starts with a Song: Review of Doukyuusei

Doukyuusei, originally a BL manga, brings its graphic novel’s slice-of-life story and art style to life in the film adaptation. The film opens with a class of unenthusiastic boys being forced to practice for a singing competition. Kusakabe, guitarist of a high school band, notices the class’ top student Sajou simply mouthing the lyrics and assumes he thinks he’s above singing. However, Kusakabe later accidentally walks in on Sajou secretly struggling to practice the song on his own. Intrigued, Kusakabe offers to teach Sajou the song until the competition. Over time, Kusakabe finds himself spending more time with Sajou and romantic feelings begin to develop.

The film’s wispy, stylized art is highly visually appealing and evokes a soft, sentimental feeling, as it presents the story of two teenage boys falling in love and dealing with the natural turbulence of adolescence and high school life. There are times that manga-to-anime adaptations result in a decline of art quality, but the film stays true and seems even more beautiful in watercolor motion. Additionally, it’s easy to notice the amount of attention and detail dedicated to the backgrounds in each scene, which also plays a significant role in creating the film’s picturesque world. 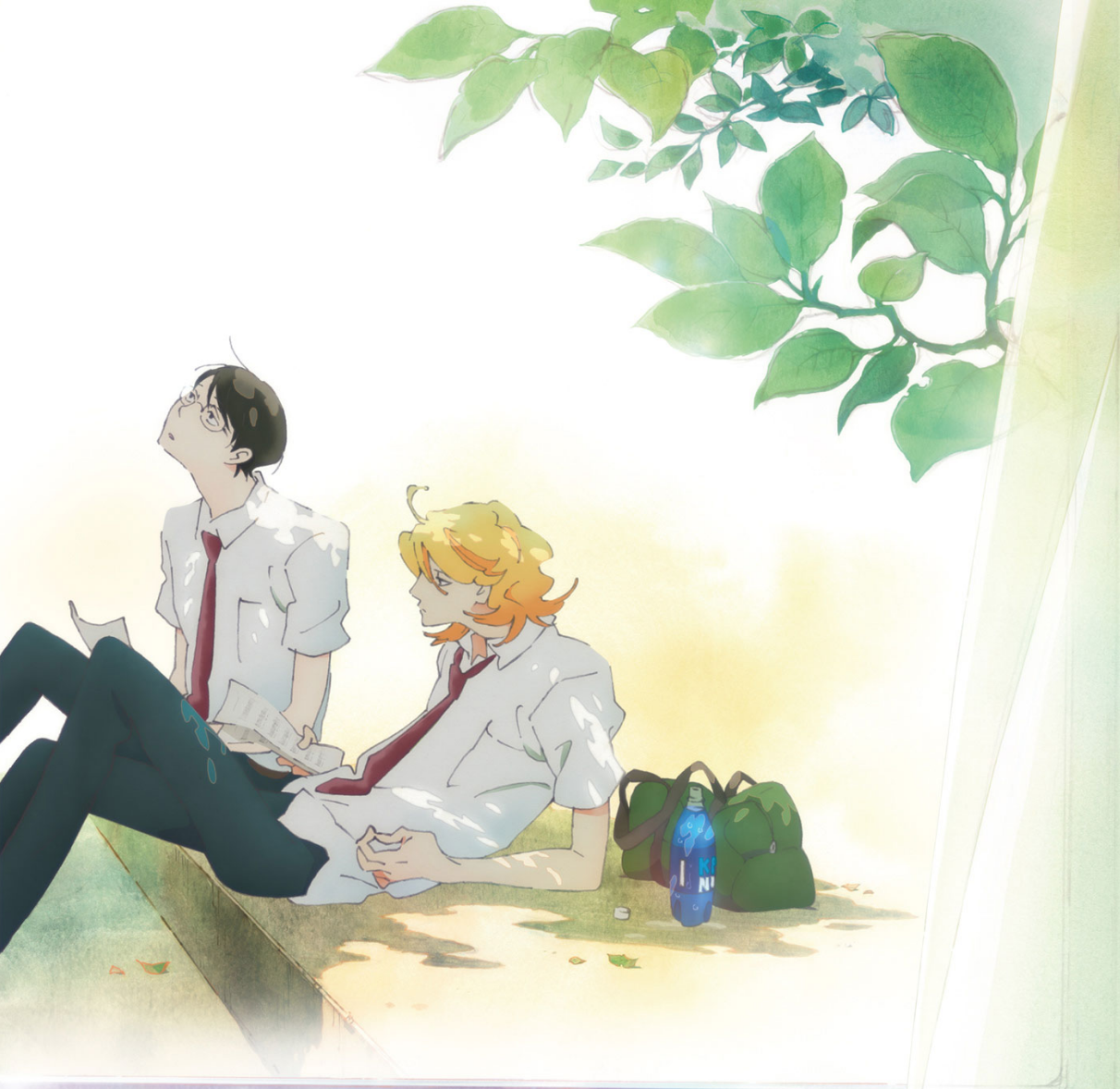 Doukyuusei travels through the seasons and the different stages of the couple’s relationship like chapters in a book with each season featuring a different development, which further emphasizes the story’s slice-of-life feel. No relationship is without trouble, as Kusakabe and Sajou struggle with their own feelings while figuring out their post-graduate lives. The film depicts the ups-and-downs of their relationship through a water motif. When feelings are exposed, water is spilt as if they can’t be contained any longer and when revelations are made, ripples travel across still water as if to represent that an understanding has been reached.

The film’s constant reference to the seasons and nature is a lovely visual way to represent the growth of their relationship. For those looking for a sweet first love story, Doukyuusei delivers well enough, but what is most memorable is the gorgeous art.