Returning after a year-long hiatus with a couple of new releases, BAP embarks on their third world tour, visiting six cities across the US. BAP performed at the Warfield Theater during their first world tour in 2013, so SF fans were excited to welcome the group back. APA shares some highlights from BAP’s San Francisco stop on their tour.

The group made their debut back in 2012 with “Warrior” and that was one of the most impactful K-pop debuts of the year. To see them open the show with the track, not only was nostalgic, but also thrilling. The song has such an intense sound, including BAP’s signature use of whistles, and equally powerful choreography with a stomp dance break. Despite “Warrior” being from literally the beginning of their career, the group still performed with the same fervor from their debut days. Definitely nice to see they haven’t settled into being comfortable with just going through the movements.

On top of going through the BAP’s repertoire, the concert also featured solo performances from three of the members. Himchan performed “SNS” featuring leader Yongguk, Youngjae crooned a rendition of Trey Songz’s “Slow Motion” and Jongup sang his solo song “Now.” When there’s a group of six people, it’s nice to have the chance to see each individual member get the spotlight. On the other hand, it would have been nice if the other three members had solo stages as well. Maybe that means fans might see individual performances from Yongguk, Zelo and Daehyun next time?

(note: video is from Chicago show)

For the first time ever, BAP revealed the Korean version to their original Japanese song “Kingdom” at the San Francisco show. Fans were beyond excited about the surprise, as the screams from the crowd seemed to intensify when the group began performing the song. The track has yet to be performed in Korea or released on a Korean album yet, so perhaps this is a sneak peek into what’ll be on their next release. 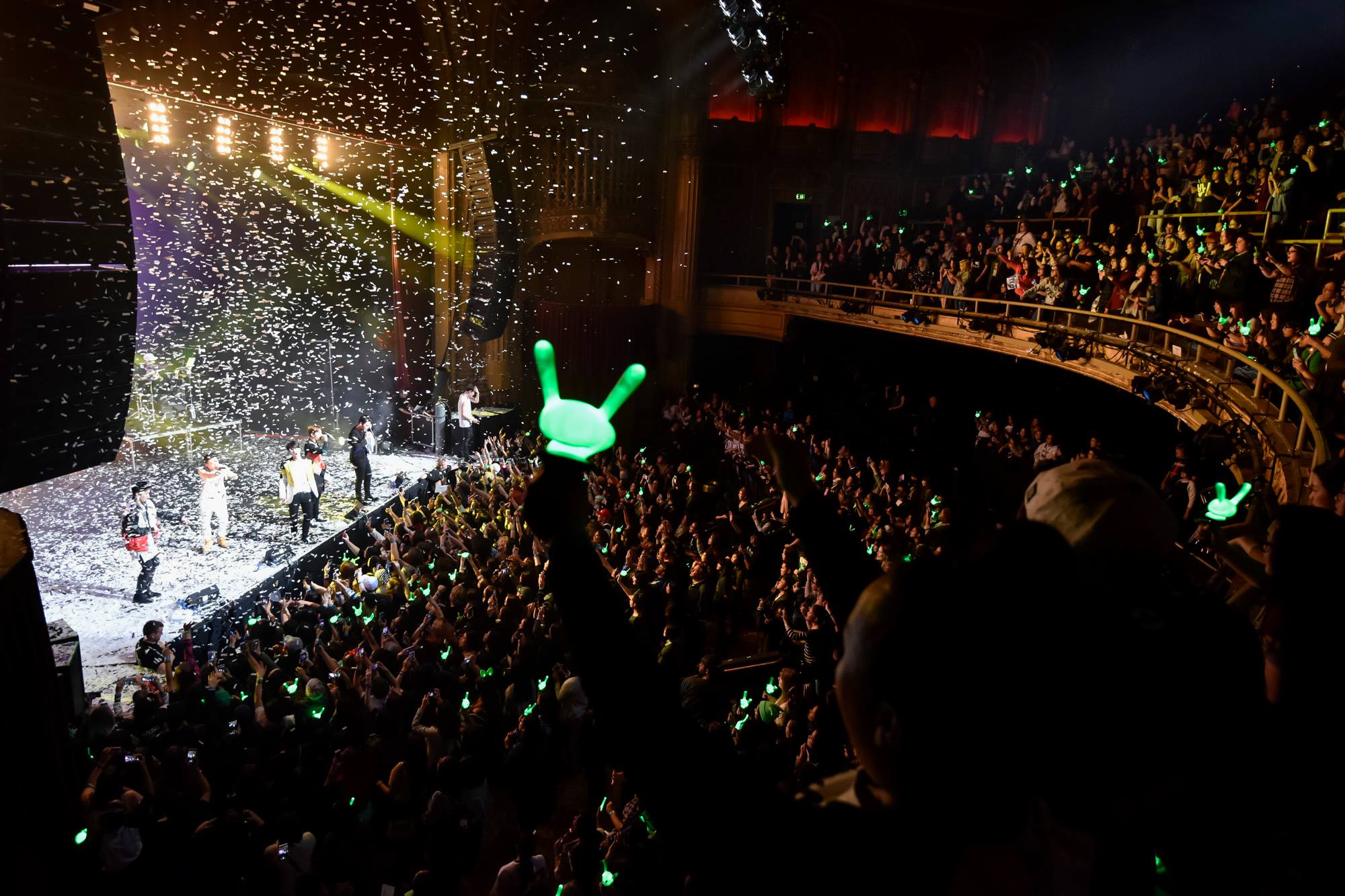 4) Everything from Rock to Pop and EDM

What impressed me most about the show is that BAP showcased so many different styles of music in their 2-hour concert. The group brought some live instrumentalists to accompany them which added to the uniqueness of a live performance, as opposed to just performing over the original instrumental track from their official recordings. The live band helped make the performances to rock-influenced tracks like “Young Wild and Free” and “Bang x2” fiercer. Not only that, but the group would jump straight into different musical styles at the drop of a hat going from rough and tough to funky pop like with “Carnival” and “Feel So Good.” While these songs are originally already performed in their respective musical styles, it was fun for BAP to mix it up and perform remixed versions of their songs such as “Hurricane” and “Dancing in the Rain,” momentarily turning the venue into a club.

Seeing BAP perform so many styles of music kept the show incredibly engaging and shows off the group’s musical versatility. I thought the one year hiatus might have set the group back, but the San Francisco show definitely proves otherwise.