This year Apple co-founder Steve Wozniak debuted the Silicon Valley Comic Con celebrating the intersection of pop culture and technology. SVCC brought together science and fiction with celebrity appearances, science and tech discussions, comic book displays and more. The 3-day event attracted nearly 60,000 people and has become the largest event to take place in the San Jose Convention Center, proving that now is the “Era of Geek.” At SVCC, we explore geek culture in the West and share some of our highlights from the mega-packed event. 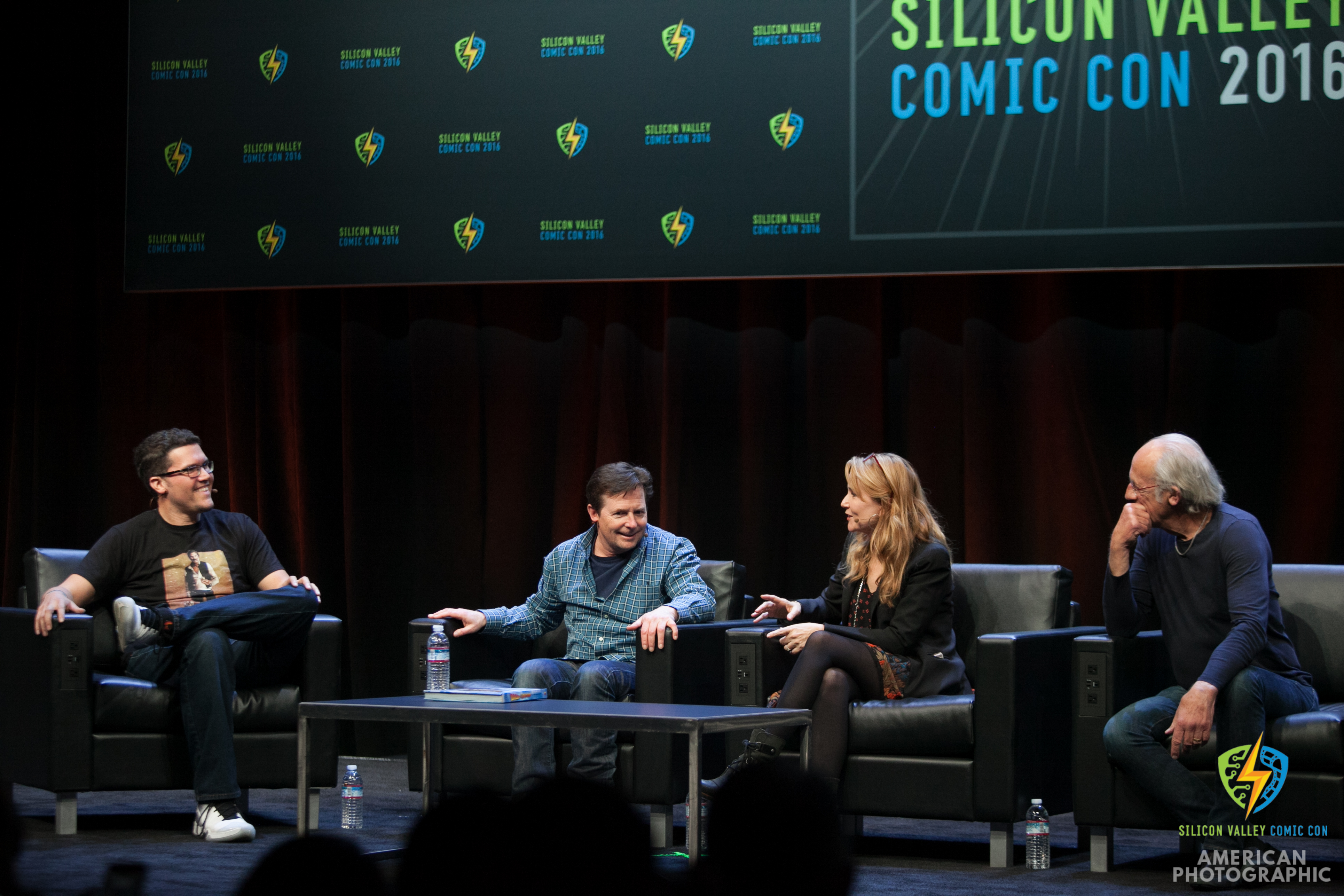 Photo Credit: Namu Williams, American Photographic
Back to the Future

To celebrate the film franchise’s 30th anniversary, stars from “Back to the Future” reunited at SVVC to discuss their experiences working on the popular trilogy. Another real treat for fans was that they were able to get personal with the cast, taking photos and receiving signatures from Michael J. Fox (Marty McFly), Christopher Lloyd (Dr. Emmett Brown) and Lea Thompson (Lorraine Baines McFly). And for the icing on the cake, fans could snap photos in a replica of the DeLorean time machine (which has actually been driven by Christopher Lloyd for commercials) or float alongside on McFly’s hoverboard. 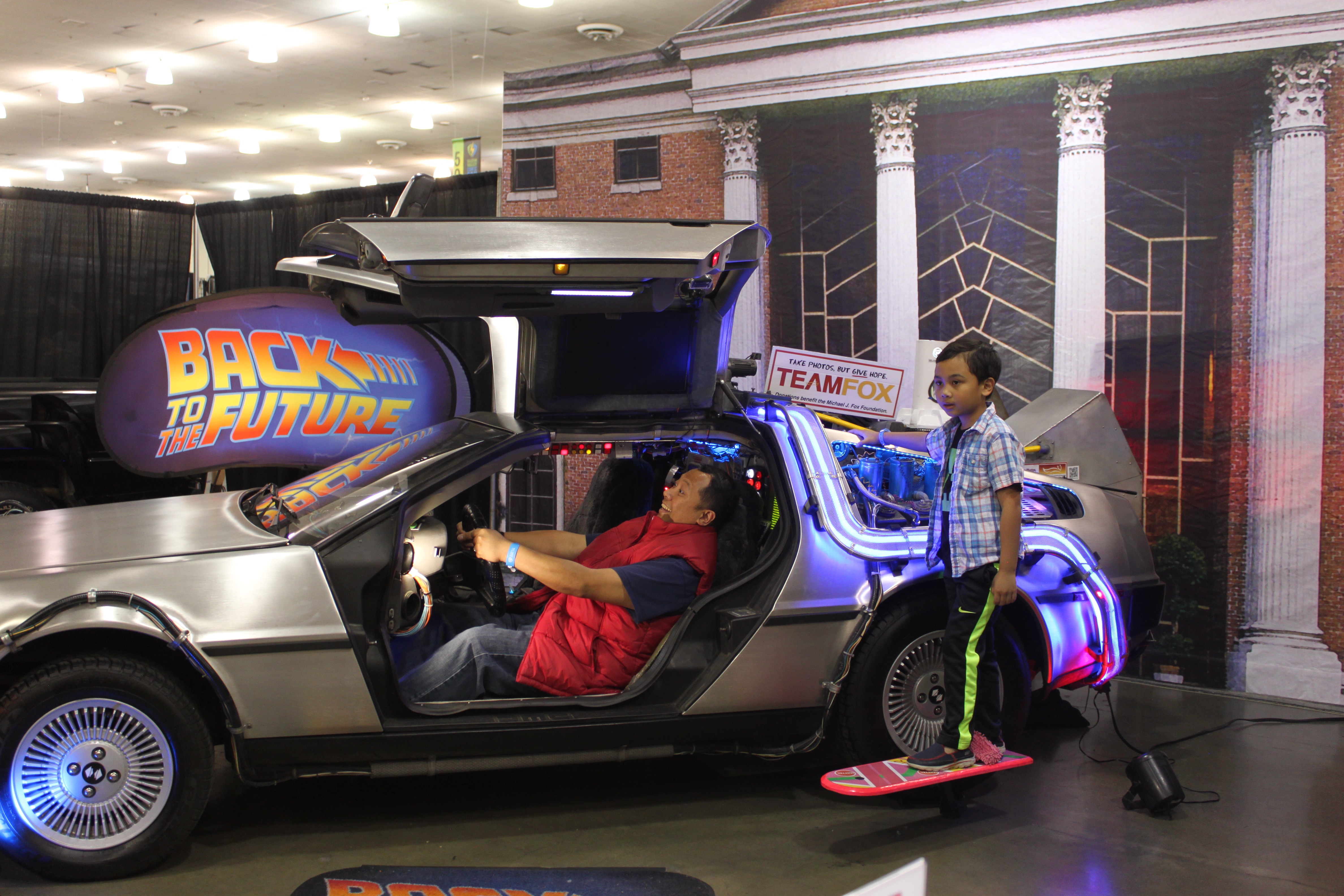 Fans (and many of their children) dressed up as Marty McFly with his signature red down vest, holographic hat and hoverboards in hand could be spotted at every corner of the convention, showing their love for “Back to the Future.” 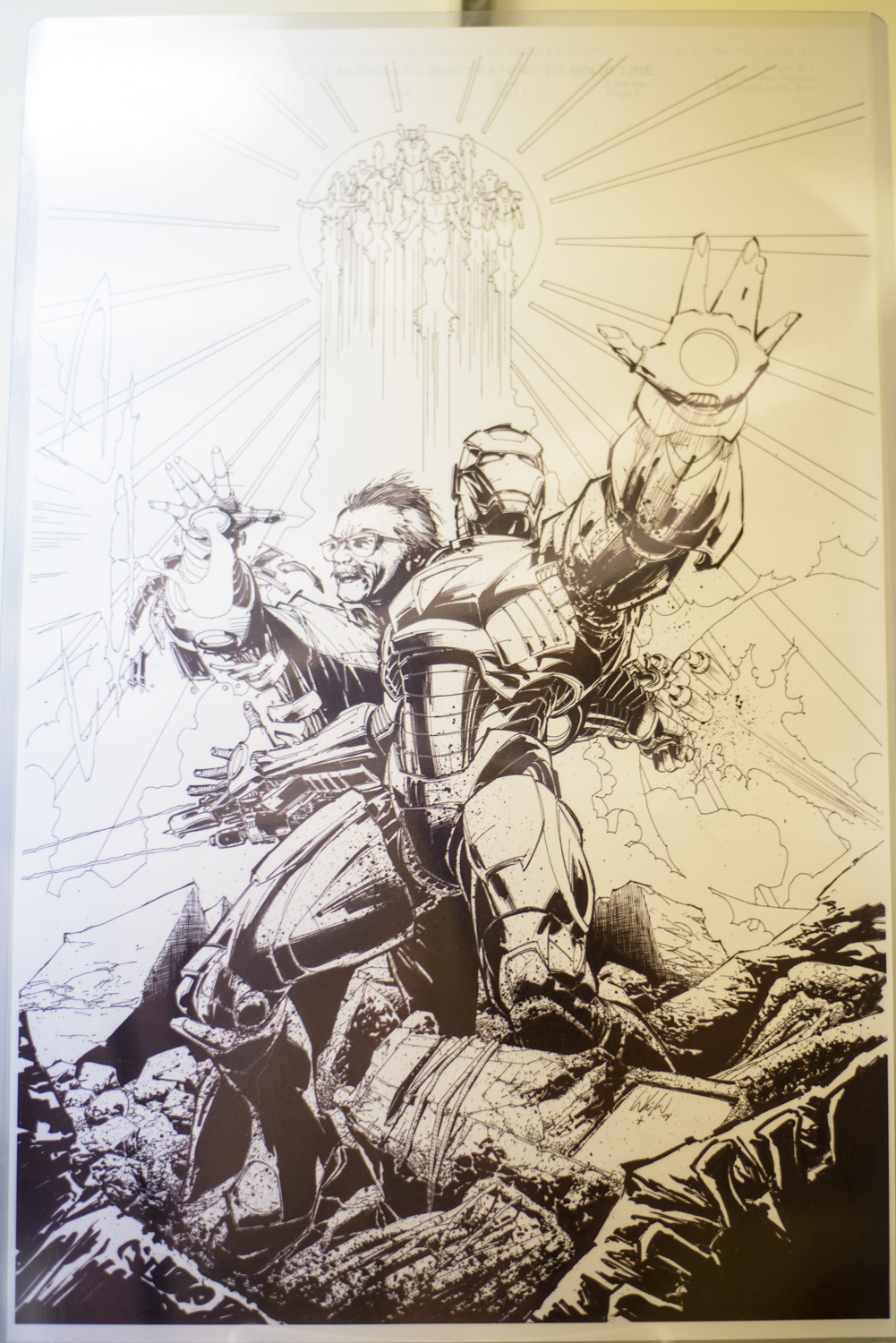 Known as the grandfather of modern comics, Stan Lee brought a collection of his work and features it in an exhibit, where attendees can view original illustrations of some of his most popular series such as Iron Man, Spiderman and the X-Men. Plus, some Iron Man suits were on display, so fans could see how his comic left the 2D world and came to life. 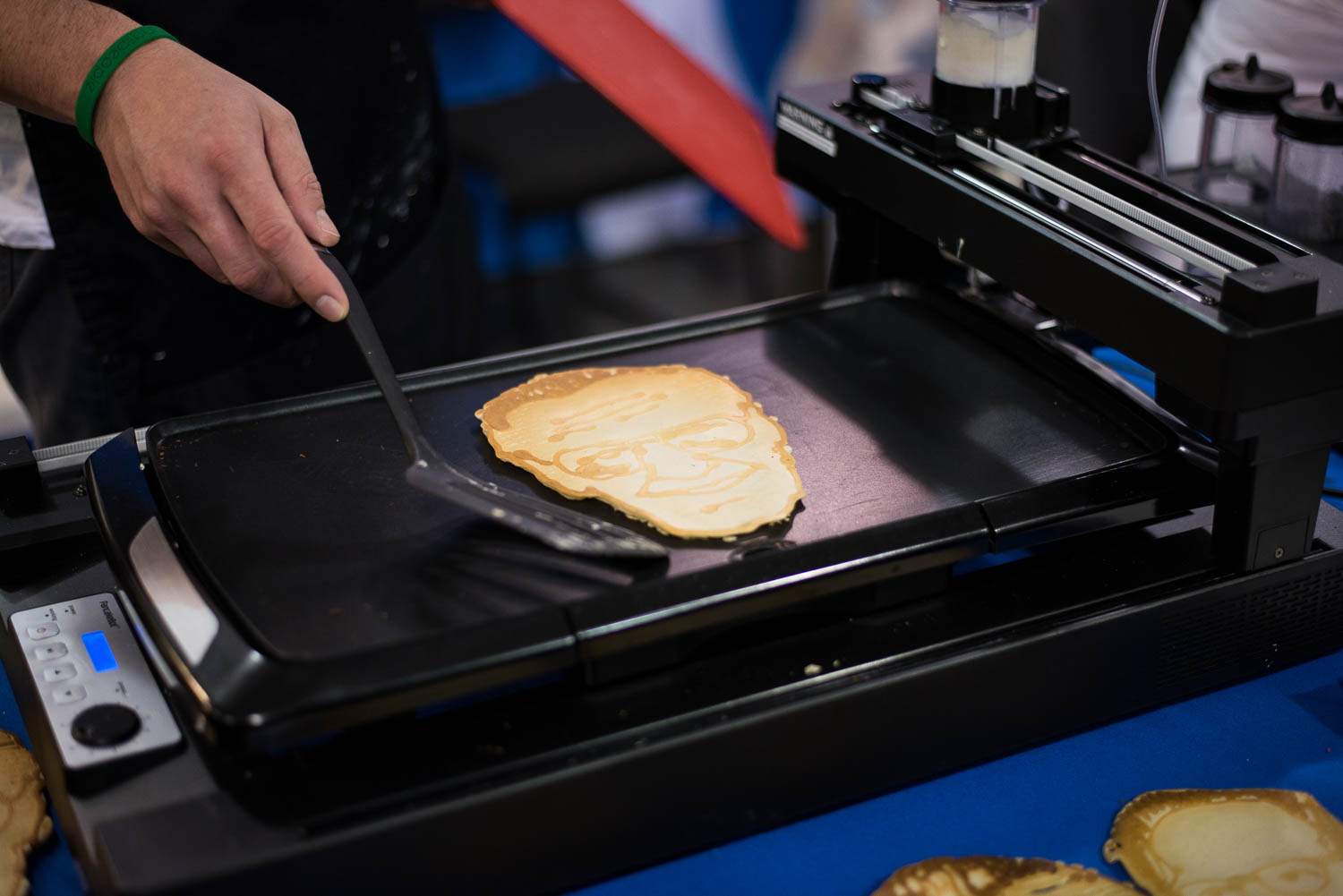 On a side note, we also came across a booth by Pancake Bot where they 3D printed Stan Lee pancakes and passersby could feast on his delicious pancake face. We hope that they were able to get a pancake to the man himself for a taste. 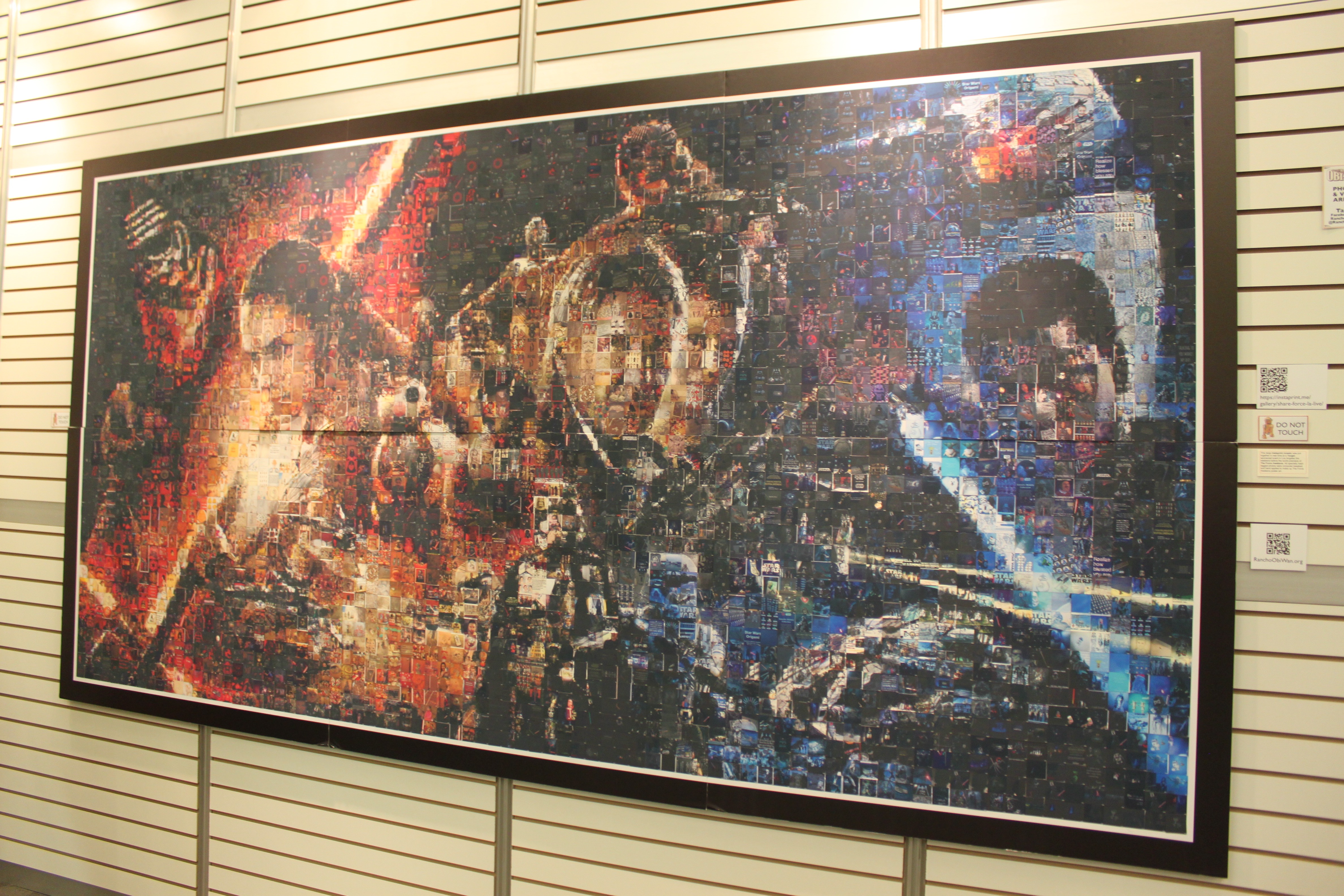 Last year Star Wars released its latest film “Star Wars: A Force Awaken,” breaking box office records and continually perpetuating the Star Wars franchise influence on pop culture. SVCC hosts an exhibit from Rancho Obi-wan, providing attendees a peek into the largest collection of Star Wars memorabilia and artifacts. The display features everything imaginable with a Star Wars twist to it from biker helmets and golf bags to sauce bowls and lunch boxes. 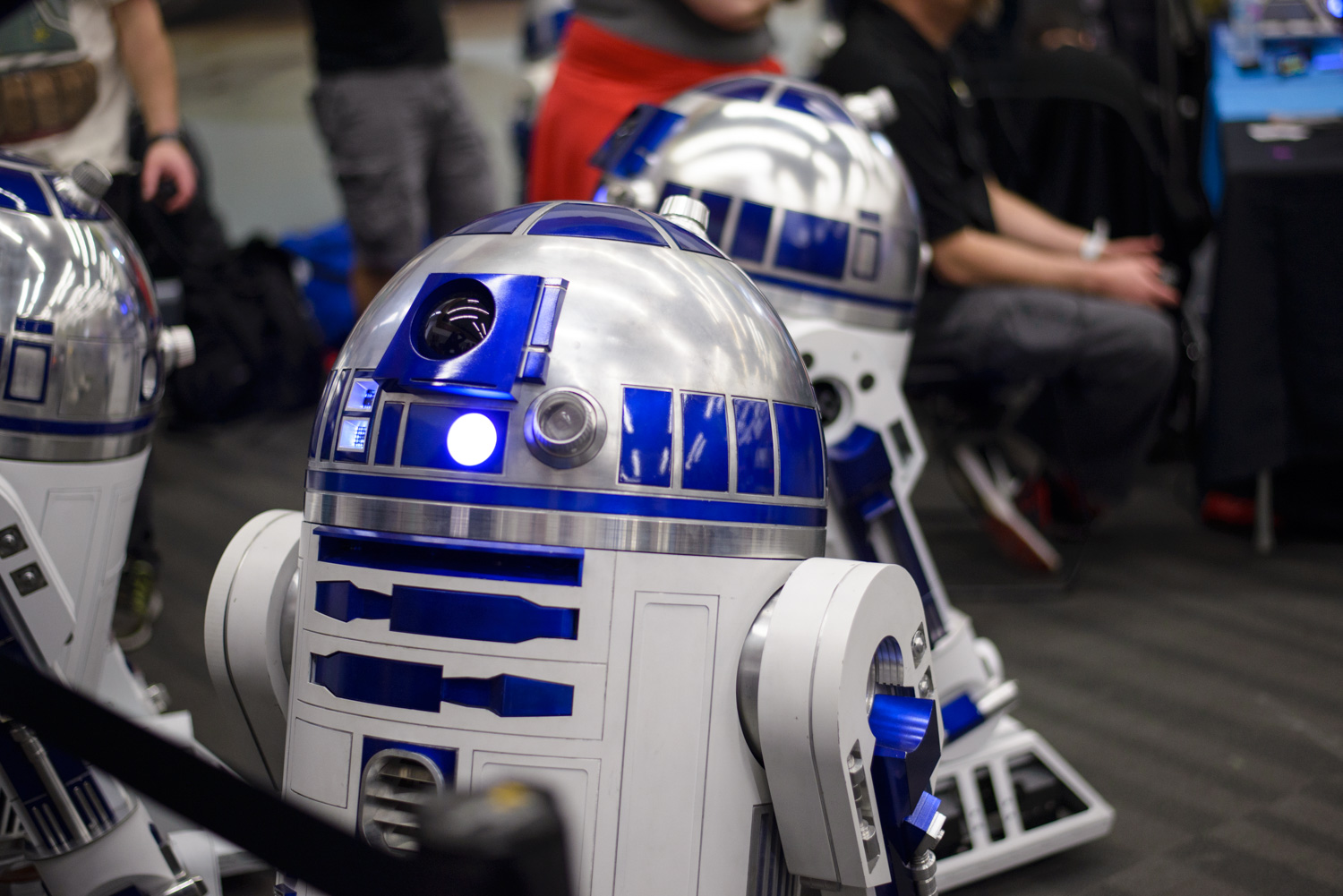 Also, a fleet of R2D2s delighted attendees, zooming around. If fans stuck around long enough, they’d get to hear R2D2 squeal excitedly or play a little tune. We were particularly enamored by the R2D2 fleet and admit to hanging out with them for much longer than planned. 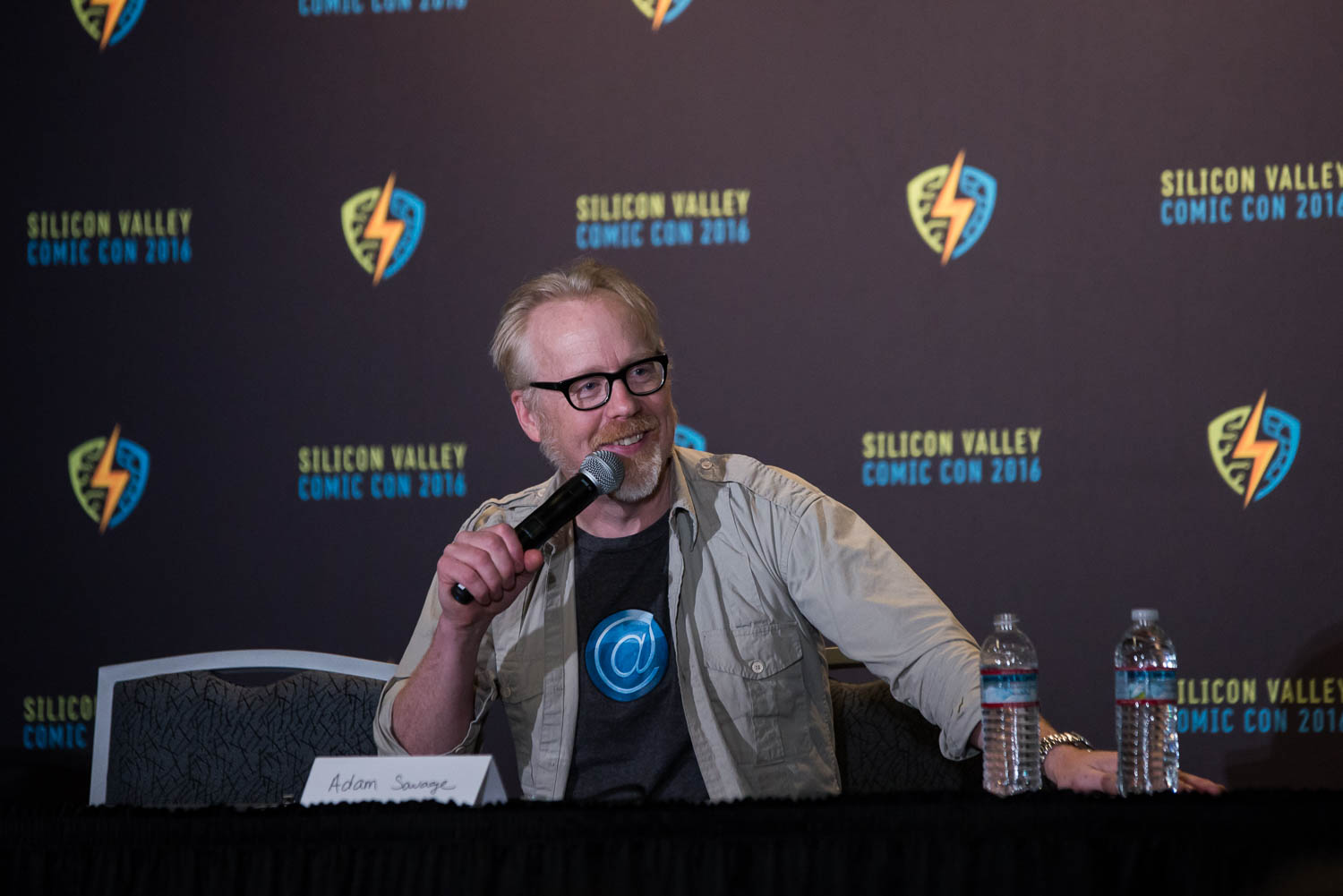 After a successful 14 year run, Mythbusters aired its final episode a earlier this month and while fans are still reeling over how the show has now come to an end, many had the chance to talk to Mythbusters co-host Adam Savage about anything and everything they wanted to know about the show at SVCC. He held a Q&A, earnestly answering every question thrown his way and sharing silly anecdotes from the show. One of the most memorable takeaways from his panel was “Science isn’t just for the smart people; it’s for everybody and anybody who has questions about the world we live in.”

On top of the success of Silicon Valley Comic Con, Wozniak has big plans to expand his convention, as he teams up with Stan Lee to take it to Tokyo this December for the first ever Tokyo Comic Con. The event will celebrate the intersection of technology and Western pop culture, while also featuring what’s hot in Tokyo. For more information, visit the Tokyo Comic Con website here.

All photos by Tina Quach, unless otherwise noted.