Skip to Content
Home Music Blockbuster US Tour: Block B in San Francisco

Block B has performed in the US a handful of times, but now the 7-piece group brings a full solo concert for their fans. Embarking on their 3-stop US tour, Block B performs their first show at San Francisco’s Warfield Theater on November 11th. 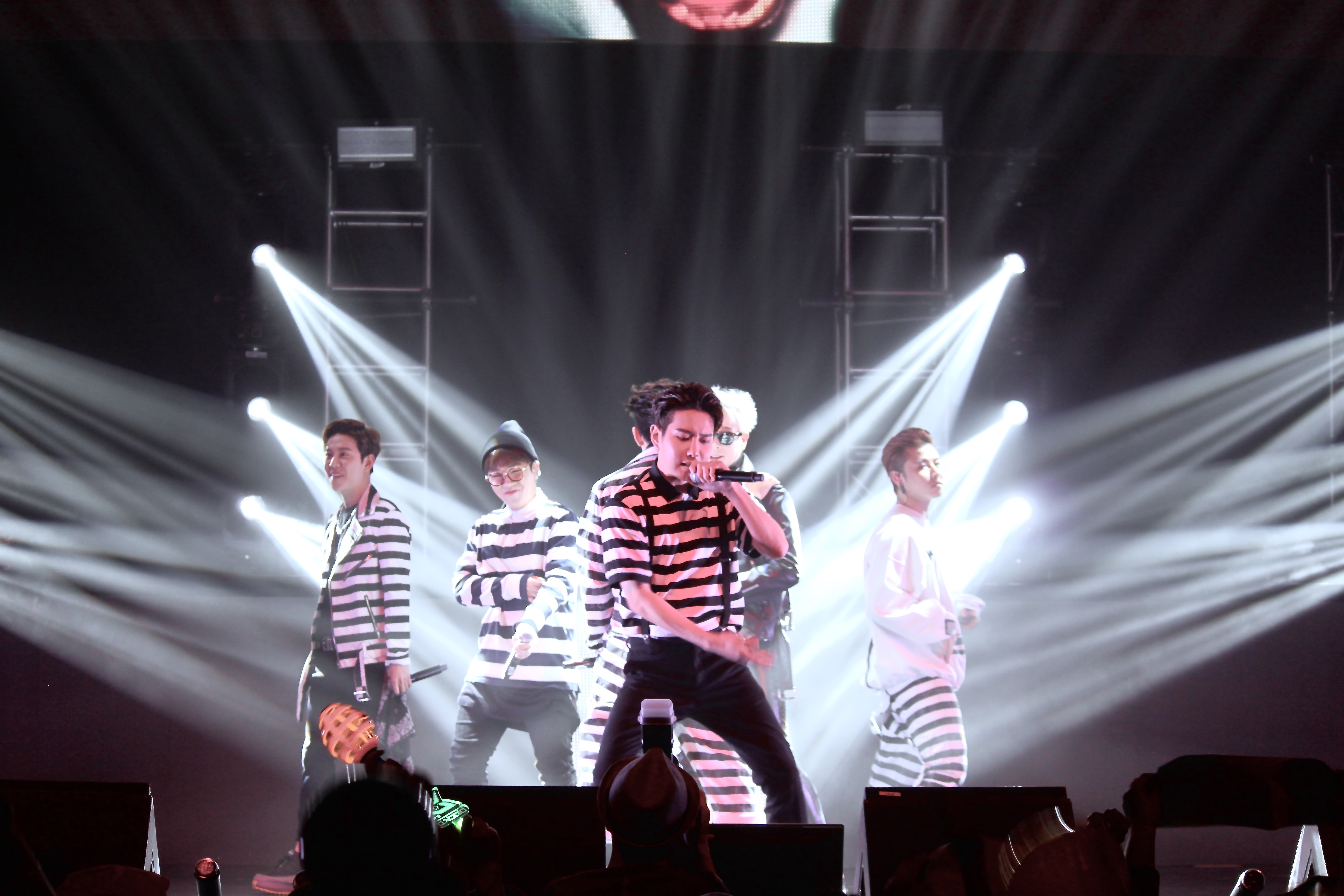 The concert opens with the the members appearing on stage, dressed in black and white striped outfits, similar to the classic jail uniform. If I were to try and describe Block B through their overall concept and musical style into a phrase, I would go with carefree, eccentric troublemakers. So, Block B dressed in jail uniform-esque clothing? Very fitting. The boys get right into it, performing their hit track “Very Good” which immediately brought the crowd to their feet. Bringing things back, the group performs a number of tracks from their first release such as debut song “Freeze.”

November 11th is an unofficial holiday in Korea, when people give Pepero as a show of affection to friends and loved ones. Although no Pepero was prepared for the show, Block B serenaded fans with “Unordinary Girl,” while selecting a few lucky ladies to receive roses. Fans don’t regularly get to see the romantic side of Block B, so this was a welcome treat. But then within minutes, the group switches gears and gets sensual with “11:30,” a smooth R&B track that the boys perform endless body rolls to. “11:30” may be one of the group’s B-tracks, but it is one of the songs that more evenly showcases both the group’s vocals and rapping. Most notably, Taeil expertly executes his runs, taking the spotlight in this song. 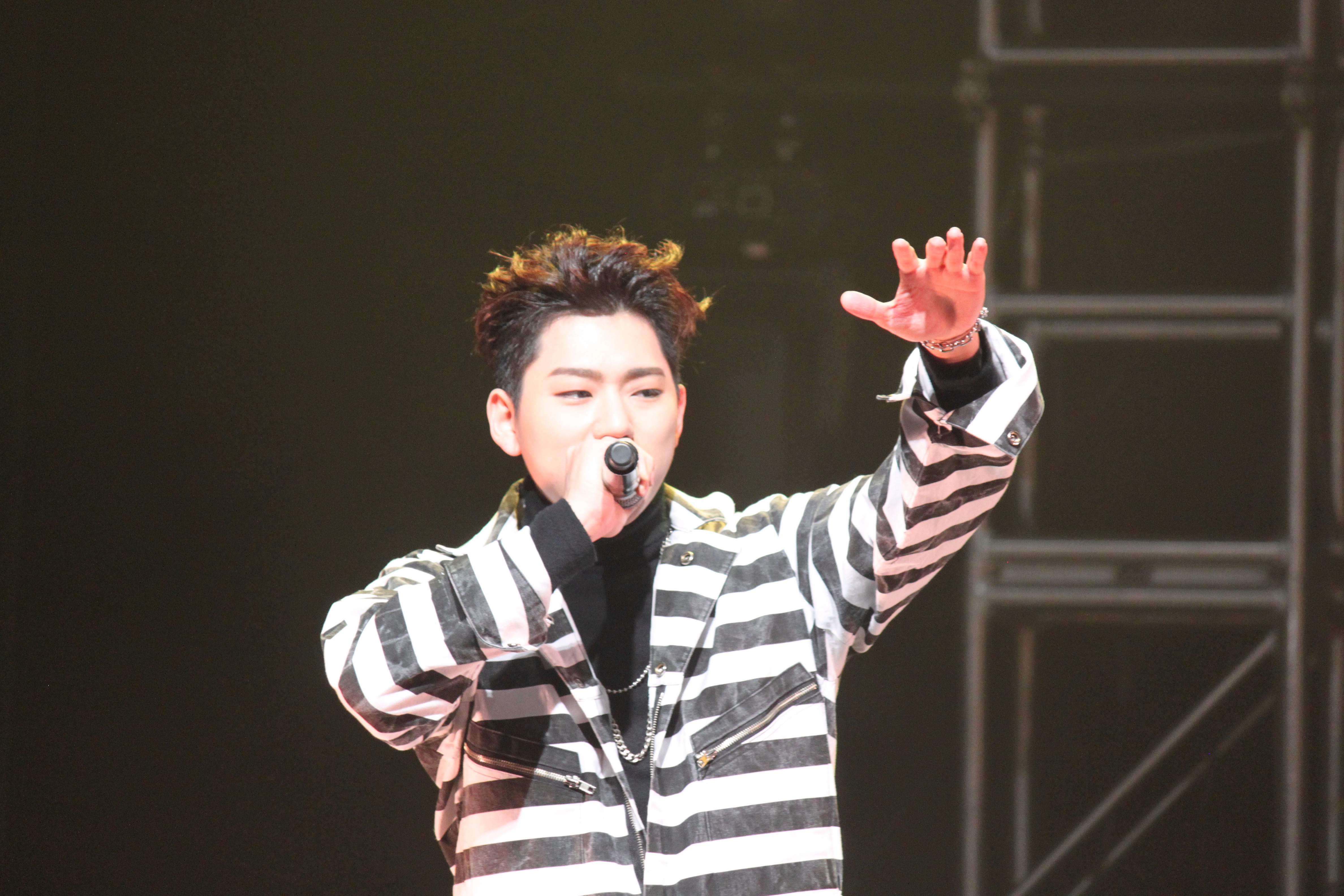 Aside from their group performances, Block B also prepared some special unit performances, starting off with the rappers P.O, Kyung and Zico’s “No Joke.” Then, Block B’s official sub-unit BASTARZ performs “Zero for Conduct,” a crowd pleaser that had the audience buzzing with excitement as soon as the song’s opening sirens went off. However, the performance that stole the whole show was Block B leader Zico’s when he took the stage to perform “Okey Dokey.” Despite performing on his own, Zico truly showcased his great stage presence, as the temperature literally shot up along with everyone’s energy. Of course, many fans sang along to the other songs throughout show, but the decibel level of the crowd chanting the addictive chorus significantly increased during “Okey Dokey,” as fans dance uninhibitedly. As many would say, it was lit.

K-pop usually values complex, precise and synchronized choreography; it’s one of the most impressive aspects of K-pop with many groups excelling in executing polished dance routines. However, Block B is about doing things their own way, although unconventional, and still gaining popularity for it. Rather than difficult choreography, they go for the simple and funky moves, while performing them with leisure. Sometimes, they just let loose on stage and just freestyle and groove. The group exemplifies their signature dance style in their popular title tracks “Her” and “Jackpot,” packed with strange and memorable moves. Bowlegged isn’t usually something considered attractive, but Block B knows how to make it look good. Weird, but good. Actually, that statement goes for Block B themselves too. 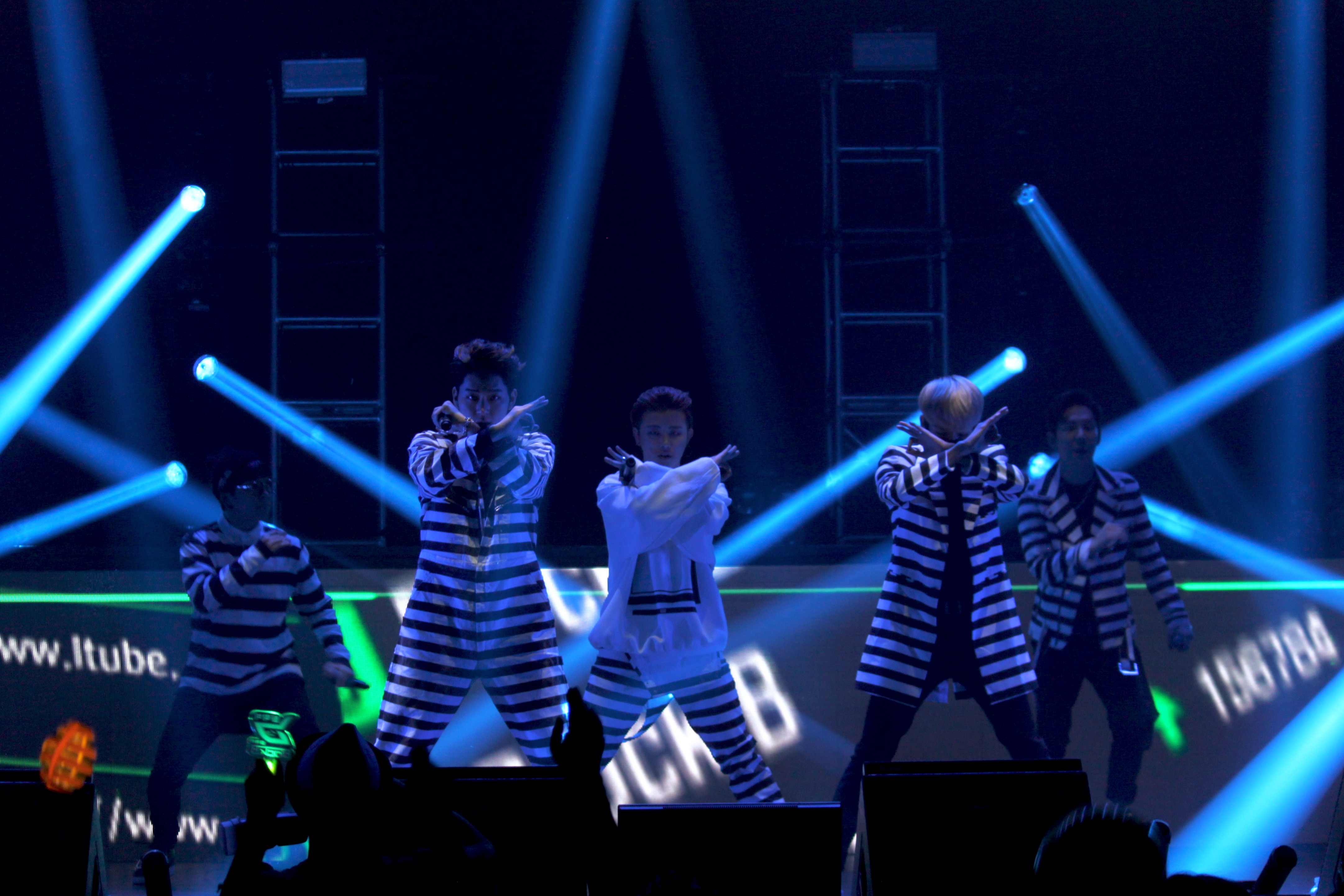 Block B rounds the show off with “Be the Light,” a song that’s really quite different from much of their repertoire. Their style of music tends to be really addictive, beat-heavy hip hop-influenced pop, but the pop ballad’s melody and message makes for a great final song. But, what K-pop concert has no encore? The boys return to perform more of their earworms, going through “Nalina,” “Nice Day,” and a repeat performance of “Very Good.” Right when everyone thought the show was over since credits were rolling on the screen, Block B returned yet again for their truly final song “Movie’s Over” as confetti shot from cannons.