With over a decade of comedy experience, Jaru Jaru has been entertaining the masses with their hilarious sketches and improvisation shows. The duo is comprised ofJunpei Goto and Shusuke Fukutoku. They have performed not only in Japan, but also in other countries such as France and England, showcasing the distinct humor of owarai (Japanese comedy).

APA barely manages to keep it together while chatting with the ever-so-silly Jaru Jaru, as the comedy duo relentlessly sneaks in farting noises throughout our entire conversation (which will not be noted in the following transcription, unfortunately). 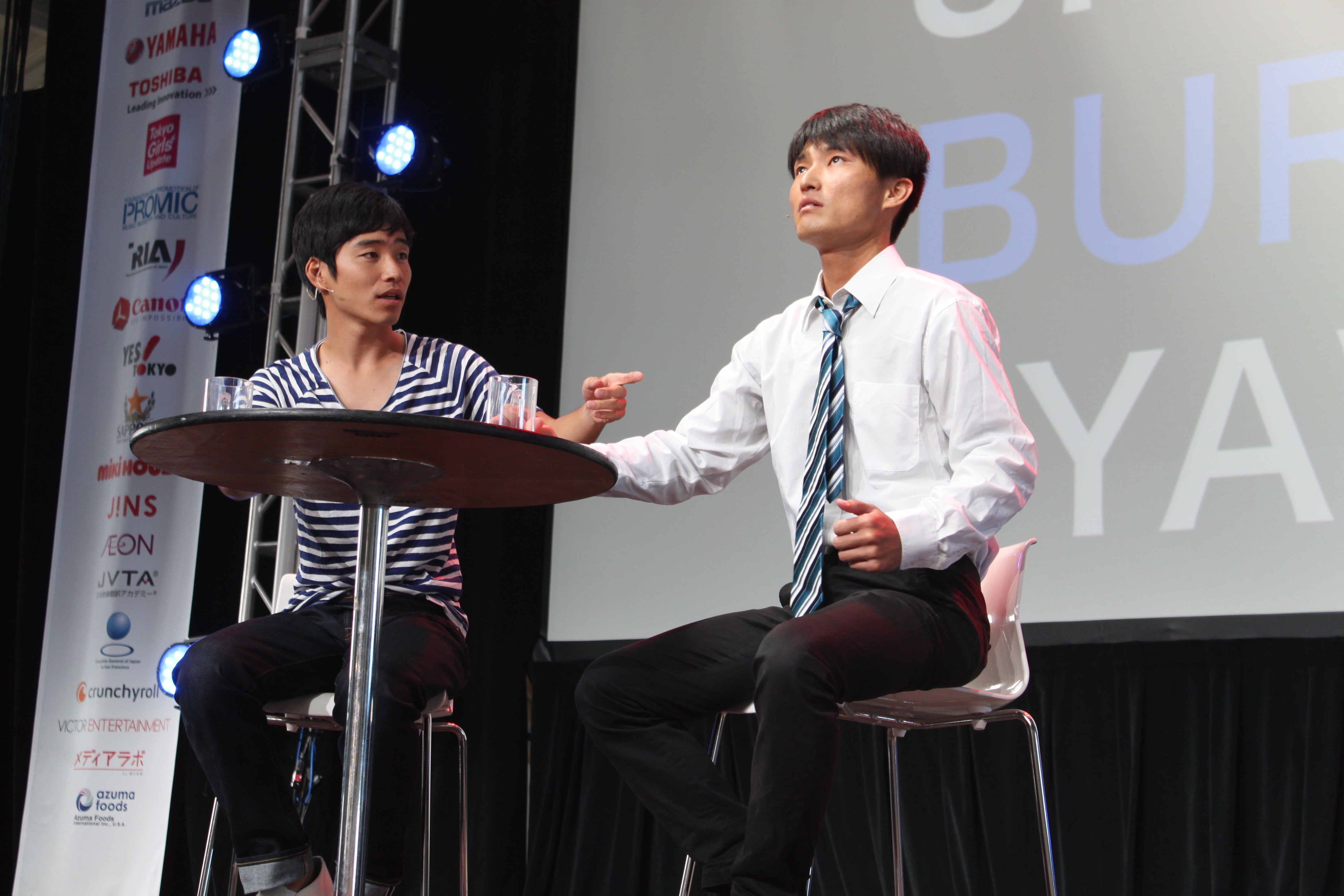 Jaru Jaru has been active for quite some time. Can you tell us why you decided to be comedians?

Junpei: Hmm… because it seemed fun.

Is that the only reason?

Shusuke: Yes. [laughs] That’s really all there was to it. We just wanted to try it out.

From when did you think trying comedy would be fun?

Junpei: From when I was a child.

Shusuke: After becoming an adult.

How did the two of you meet each other?

Shusuke: We were classmates in high school and we actually were on the rugby team. It may be hard to believe since we’re so skinny, but we really did play rugby.

How do you come up with your skits? Do you usually work on them together?

Shusuke: Yes, we work on them together. They kind of just come to us.

From where do you get your inspiration?

Junpei: From up above. From the sky.

The two of you have been performing for nearly a decade, so you’ve created countless sketches. Do you have a favorite one?

Shusuke: Yes, I’d say my favorite one is the one about farting. [both proceed to demonstrate a conversation through fart noises] 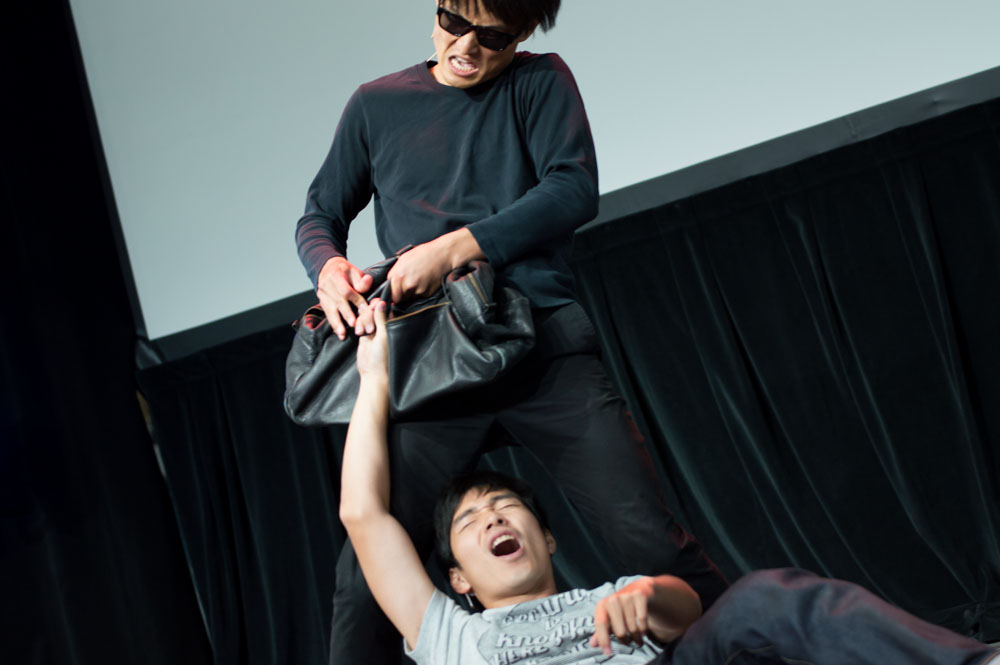 You’ve traveled and performed in other countries. Would you say there’s a difference in humor across cultures?

Junpei: Yes, France was really difficult. We did the farting skit and nobody laughed at the fart jokes over there. But in England, they laughed. Today we’ll be trying it for the first time in America, so we’ll see how it goes.

As you are a guest at the JPOP Summit, what would you like Americans to learn about Japanese culture?

Shusuke: I would want them to know the difference between Western comedy and owarai (Japanese humor). There is a difference that is hard to explain in words, but since we’ll be performing here, hopefully people will learn of the difference and appreciate owarai.

Lastly, could you teach our readers a simple, funny Japanese word/phrase?

Shusuke: Is Kansai-ben (Kansai dialect), okay? Please try saying “nandeyanen.” It actually means a number of things, but it basically means “What the hell?” in the Kansai dialect. Japanese people will find it really interesting/funny if you know this phrase.