By APA ContributorMarch 29, 2010 No Comments 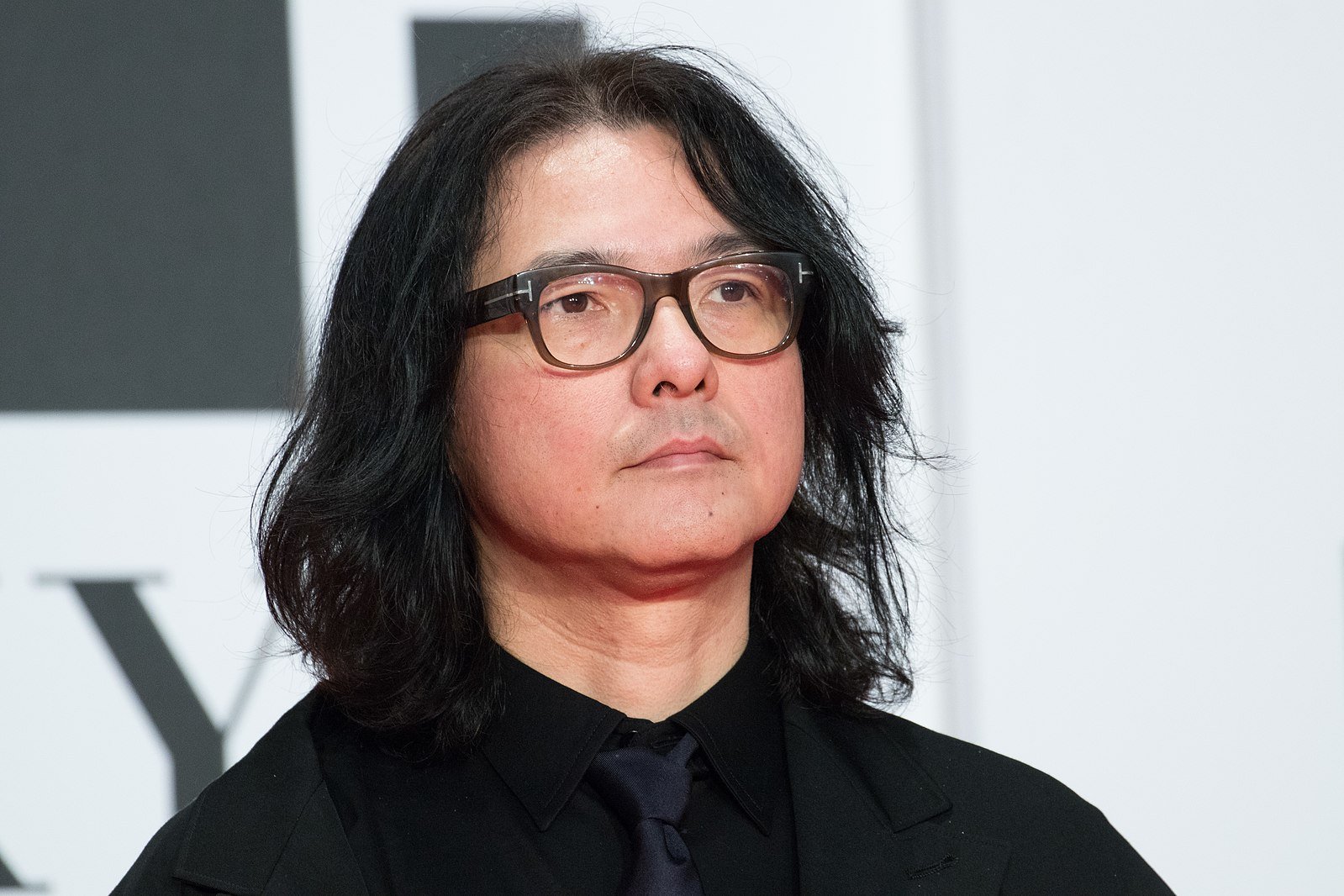 Shunji Iwai leaves a distinct impression. He stands a little off-kilter, almost on his heels. He avoids eye-contact, his long black hair partially obscuring his face. He speaks in a halting English that nevertheless betrays the depth of his love for cinema.

This uncomfortable, passionate man is behind some of the most insightful Japanese films of the past 15 years (Love Letter, Swallowtail Butterfly, All About Lily Chou-Chou). He has spent the weekend at the USC-hosted “Contemporary Japanese Cinema: Elsewhere, Outside, In the World… ” — a three-day event honoring his work and the work of two of his contemporaries, Shinji Aoyama (Eureka) and Ryuhei Kitamura (Azumi, Midnight Meat Train).

Iwai first talks about Bandage, his latest work as screenwriter, which premiered in Japan several weeks ago.

“It’s a story about a Japanese band in 1990,” Iwai says. “We had a huge band boom then and the film describes the success and failure of a band in that time.”

Known for culling his stories from eclectic sources — Lily Chou-Chou started as an internet novel based on fan input, Hana and Alice (2004) began with a TV commercial Iwai directed — Iwai explains that he found the story for Bandage in a writing workshop he ran. A housewife submitted the story of a young indie rock band’s rise and fall in the cutthroat Japanese music scene, and Iwai took it to a producer-director who he convinced to make the film.

Like fellow festival guest Kitamura, Iwai moved to Los Angeles several years ago for a first-hand look at production on this side of the Pacific.

“I wanted to see American film production, first of all,” Iwai says. “Second of all, I’ve never made an English-language film or a film in any other country’s language. I don’t want to make films just in Japan.”

Iwai appears, however, to possess some uniquely Japanese sensibilities. Both Hana and Alice and All About Lily Chou-Chou are beloved for their half-whimsical, half-serious look at adolescence in a Japan where identity is increasingly disjointed by the media. But Iwai’s work is far more complex than national boundaries, and he clearly wants to avoid becoming defined by a single character or story type.

“That’s not my only theme,” Iwai replies defensively, immediately refusing to allow himself to be pigeonholed. “I also like other types of people, like kind of crazy guys. I’m not interested in a normal guy, like just a good guy doing good things. That’s boring for me. I prefer people who are missing something. Children are one of those kinds of people.”

Now in America, Iwai is broadening his horizons — and the scope of what “Japanese director” itself means — even further. Against at least some logic, Iwai has a close relationship with Kitamura, a Japanese expatriate now living under the studio system in Hollywood.

Kitamura’s latest film is Baton, a 50-minute animated feature drawn from a script by Iwai. The film is an international production, produced for Japanese audiences but animated via rotoscope in America.

Iwai and his compatriot couldn’t be more different. Iwai is soft-spoken and possesses a subtle wit, and his films are often beautiful examinations of humanity flowering in the desolate technoscape of modern Japan; Kitamura is boisterous, a natural comic whose films are highly stylized genre pictures drawing on multicultural traditions.

Though the filmmakers became friends after their separate moves to Los Angeles, their connection goes further back, all the way to the project that made Kitamura a brand name in Japan: the manga-based ninja epic Azumi (2003).

“The first time I met him [Kitamura] was because of Azumi,” Iwai says. “I was supposed to direct that film. It took over one year for the preparation. I wrote the script and read a lot of history books, so I was very familiar with the story.”

“I was really surprised to see the film he made,” he continues, acknowledging that his version was much different and much less faithful to the original manga. “I could understand that he really did a good job because I also did the same project. I think almost all Japanese directors tend to be more vague and imaginative, but he’s more clear. He really knows how the story is supposed to be.”

Like some of Iwai’s other films, Baton grabs at the common Japanese theme of the narrowing gap between human and machine. The film follows a humanoid android on a distant and fantastic world whose hard drive becomes infected with the consciousness of another robot.

“I got a chance to think about ‘What is myself? What is my consciousness?'” Iwai says. “The story is very short, but I’m still thinking about a longer version. I’d like to describe more about human consciousness.”

“Baton emphasizes the ironic point: ‘the more you analyze robots and people, the more you realize that we are really like robots to begin with,'” he continues. “We also are creatures that are created by someone. Even our consciousness, it just serves some function for us. I’d like to describe more about what exactly it is.”

Baton expresses these themes with a potent visuality: the clunky rotoscope employed by the filmmakers reflects the awkwardness of the android characters. Iwai’s movies are rarely flashy in the same way that a stylist like Kitamura’s are, but he clearly concerns himself with the important marriage between style and substance.

As a visual artist, Iwai is constantly looking across the gulf between digital and analogue — simultaneously asking questions of how the former can be employed in service of the latter. His films have a highly digital quality, but he finds that this uniquely gorgeous digital-electronic aesthetic has potential to replicate image in a way impossible for 35 millimeter.

“I like analogue things more than plastic things. But as for picture quality, 35 mm is just half the size it can be, which is an issue for me,” Iwai says. “I’ve been expecting for 10 years that somebody will make a bigger image size than 35 mm film — like 70 mm — and actually we have 70 mm cameras in film but it’s quite expensive so nobody dares to use it for movie. It’s so beautiful, but it’s so expensive, but if we use digital technique and create the digital camera for a movie, we can make the same-looking image as 70 mm and we don’t have to spend film. We only need memory.”

“I like digital, but I don’t like digital-looking,” he adds, finally. “I only like a more analogue, hand-made taste, but digital is one of the better ways to create that sometimes.”

Iwai hasn’t directed a feature fiction film since the untimely death of his cinematographer and close friend Noboru Shinoda in 2004, though he made a segment of the ensemble piece New York, I Love You and a documentary about Japanese filmmaker Kon Ichikawa. During a discussion of Hana and Alice at the film event, Iwai spoke emphatically about the difficult process he and Shinoda went through to create the look of the film without over-inflating the budget. He said it was imperfect — and it is — but that challenge seems to appeal to the visual stylist in Iwai.

“The most interesting thing for me is looking for a good way to create,” Iwai says. “So if we are told a good camera is as much as we need, it’s a great thing; but at the same, I might feel a vacant feeling because that means I don’t have to look for something any longer. It’s kind of sad.”

Shunji Iwai loves the cinematic image, and he loves the cinematic character, and his partnership with the more narrative-driven Kitamura makes strange sense on these terms. Iwai’s questions of consciousness and memory — ideas that repeat themselves from film to film — reveal a deeper personal concern with the impact his films will leave on the very gray matter of his viewer.

“I spend one or two years writing a script, and sometimes I read for a long time and start again. Then I want to go back to those old scripts from memory and if I can think of a scene that was good but I’ve forgotten now, then I can cast that scene away.”